On Leverage and Gina 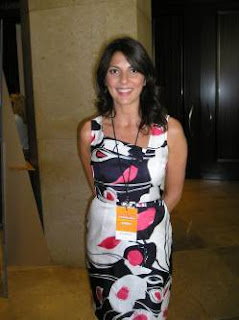 On Wednesday nights in my house we don’t have a solid TV lineup, so there is a show I might possibly check out tonight at 9 on TNT. LEVERAGE!

It’s in its second season, and I might be totally lost because I’ve never seen it before. However, there is more appeal to this crime drama than simply crime, drama, and Academy Award Winner, Timothy Hutton.

Two Words for ya:

I’m a huge fan of hers.
She’s so much fun to watch. You might recognize the name as the actress who played Jane Christie on the show “Coupling.” (The British series, not that American piss-watered knock off.) Gina B was the shows strong female comic relief, and she succeeded. Think Phoebe on FRIENDS except more sexual. Coupling was possibly the funniest show ever thanks to writer Stephen Moffat, one of my personal role models.

Gina B also starred as the title character in the miniseries “Blackeyes” in the late 80’s. Something I need to see. 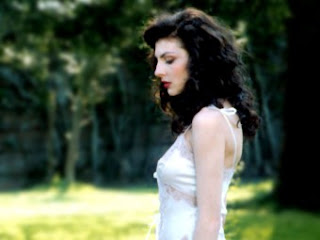 So Gina Bellman is fantastic, and that might be the only reason I watch LEVERAGE. That sort of crime show doesn’t really interest me, but who knows? Television can sometimes surprise you. sometimes....not often.

Edit: Over the past few hours I've been reading up a lot on the miniseries "Blackeyes," and I just can't wait to see it. "Blackeyes" is a piece that tries to dig deeply into what really goes on in the minds of men and women. Gina Bellman is the title character, a super model named "Blackeyes." This just sounds dark, psychological, and exquisite. I haven't been able to find a version online because all my results are clouded by Black-Eyed Peas stuff. Wish me luck. Gina Rocks.