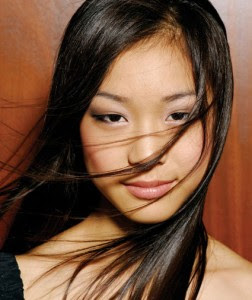 In the early months of 2010, the name Kim Yu-Na was by no means attachable to the word “unknown.” This girl from South Korea, dominated the Vancouver Winter Olympics, and easily captured a gold medal in the lady’s figure skating singles. However, in 2011 Kim Yu-Na, has had almost no presence in the USA.

Thus, she has fallen to the status of unknown for the year of 2011. She is a dominate force in her sport, but outside her field, she spent this year gliding off the ice. 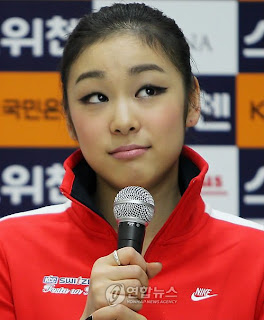 Overall, Kim Yu-Na has a hot look, but there are certain qualities that make her stand out from others. Her eastern background and heritage portray an enigmatic quality, which is seldom mentioned. As a figure skater, she naturally has more grace and poise in her presence on and off the ice.

She keeps skating, and for the figure skating news, it seems she is still making headlines, but she still has a great look, and the headlines she makes are in a wide range…such as skating, authoring her own book in Korean, allegations of having plastic surgery, and I noticed people were searching a lot on Google “Kim Yu Na Boyfriend.”

QATFYG:
Do you really care if she has a boyfriend?
Would that change anything for you at all?
Are you going to get that close anyway?

To all 38 of you people on Earth that touch yourself to figure skating, would you actually stop just because the person has a boyfriend? Unforeseeable.

On a more serious note, it would be nice to see someone like this have a stronger presence in the USA, meaning appearing more than just once every four years into the mainstream western world. Kim Yu-Na could make an enormous impact in areas such as modeling and photography, or possibly even writing more books. . 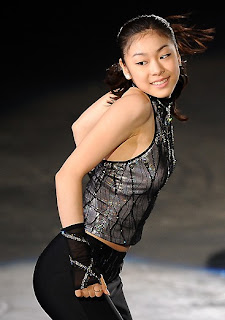