Del Rey's Paradise, a Useless (get it?) Review 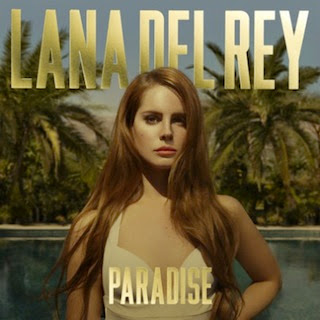 So, like Lady Gaga and many artists before her, Lana Del Rey has released the not-quite-new-album-but-not-an-ep-either Paradise. Much of it seems like b-sides culled from her debut, Born to Die, which isn't necessarily a bad thing. I mean, if you're into her "gangster Nancy Sinatra" persona (which I am). If you didn't like Del Rey's first album, this probably won't sway you. For those of you (myself included) who rather enjoy the peculiarity of her music, you won't be disappointed.

But how do the songs themselves measure up?

Ride: get used to hearing her drawl out the word "daddy," cause she says it about a billion times throughout the album, starting with this song. While it doesn't have the same chill of "Video Games," it has a sweeping chorus, and it feels the most polished of Paradise's tracks. 8/10

American: Get your Crystal Method...Also a good song, nothing too surprising. 7/10

Cola: "My pussy tastes like Pepsi-Cola." Clearly this is a shameless plug for Pepsi. Has she sold out so quickly? I can see the advertising now...

Pepsi: Now tastes even more like Lana Del Rey's dripping bearded clam!
Pepsi: The gangster Nancy Sinatra vagina taste of a generation!
Pepsi: At least Lana's snatch doesn't taste like Diet Mtn Dew.
Pepsi: Coming soon! Diet Mtn Dew, now with 80% more LDR pussy! ( I imagined this as Diet Mtn Dew with a whole lot of Pepsi in it. And then I threw up a little.)

Also, if Pepsi tastes like Lana's pink curtains, then what does Coca-Cola taste like? Paula Abdul's asshole? J Lo's butt-sweat? Stephen Tyler's taint? (Oh, I could go on, don't think I couldn't.)

If I could get serious for a second. I really like this song. It's totally insane. Oh, and that "pussy" lyric is sung in the background during the outro. Amazing. 10/10

Body Electric: Any song that has the lyric "Jesus is my bestest friend" has my attention. This song has some great moments. Well, honestly, all I can imagine is LDR grinding up on Jesus. 6/10

Blue Velvet: Oh, right, the obligatory cover. This version has trip hop beats. But it sounds odd to me. I can't quite place why. Maybe it's trying too hard to sound retro? She certainly has the voice for it, but I'm not a fan of the backing music. 3/10

Gods & Monsters: In that time she "was an angel, looking to get fucked hard." This is one of the reasons I dig Lana's whole image. No one comes up with lines like that bizarre nowadays (except maybe for Ms Gaga). So I guess she's an angel and wants to get fucked hard, by gods and monsters while living like Jim Morrison. Oh, and life imitates art. Fuck yeah, give it to me. 9/10

Yayo: I can't claim to have the lyrics in front of me, but I'll give it a go: Mumble mumble daaaaaadyyyyyyy mumble mumble let me put on a show for you daddddyyyyy and repeat with some heroin-induced wailing to spice things up. It sounds like Mazzy Star on a week-long black tar bender. Except instead of throaty coos, we get chirpy babydoll creepiness. Oh, and this song goes on forever. For. Ev. Er. Also, is it apparent yet that miss Del Rey has daddy issues? (On a second listening, this song is growing on me. Fuck.) First listen: 2/10 Second listen: 6/10, mostly because it reminds me a little of Twin Peaks.

Bel Air: It's a pretty song, I'll give it that. This sounds like the most genuine song on the album. 8/10 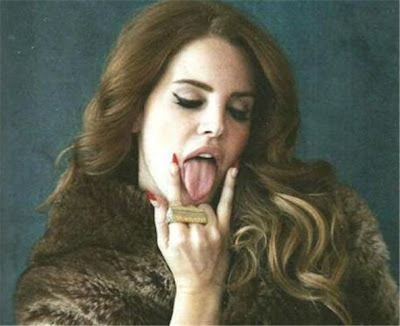