Celtic Spirit Around The World 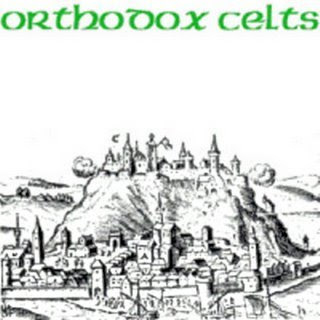 I love Celtic music. In fact, I love all things Celtic. Over the past few months I’ve really been hooked on this Irish folk/rock group called the Orthodox Celts. They’ve been around for years (since 1992 specifically), but they have been playing under the radar. In 2007 they released their latest album, One Two Five.

Also, I should mention that although, they toss out some great variations on traditional Irish music they are not actually Irish. They are native to Belgrade….yes we're talkin Serbia. How F’NG cool is that? Ever since I laid eyes on Serbian tennis superstar, Ana Ivanovic, I have been in love with everything Serbian. So this is like my dream come true. Serbian musicians performing Celtic music. HOT STUFF!

For more info on Orthodox Celts here is their website.
http://orthodoxcelts.com/ (As if you couldn’t guess.)

Speaking of Celtic influences in music. Here are some other good artists in the Celtic Metal genre….and yes you can have Celtic Metal. I only say that because some people in the past did not believe that Celtic Metal was real. Well, it is.

I think Brittany can concur that Finland has some pretty awesome musicians.

Also, here is a picture of Ana Ivanovic…..Aint she something?

QATFYG: Do you like Celtic music? What are your feelings on Serbians? And anybody wanna take a daytrip to Finland anytime soon? I’m game.