i am a high school lover and YOU'RE my favorite flavor

May 19, 2009
I liked this song better when I thought the lyrics were "if my hands are shaking/I feel my body rearrange..."
or reeling.
feels like rough first GIVE IT TO ME IN THE LOCKER high school sex! not that I'd know. the closest I came to sex in high school was being dry-humped by a boy I met on a religious retreat. true story.


TIME'S NO MATTER
I'M ON FIRE


I always have this weird desire, every now and then, to drive around the Edinboro campus ridiculously high and listening to The Virgin Suicides soundtrack. I feel that has one of the better soundtracks in recent years. And not just because of Air. Well, mostly because of Air. The ambience I think would be perfect. sorta. I like to think this kind of honesty will gain me friends and respect but rly NO.

I recommend the Phoenix cover of it, as well, because it feels so sad and lost. forlorn?

in conclusion: French bands are great. I model myself somewhat after the lead singer of Phoenix. Here is the Huffington Post article on Phoenix, because I haven't namedropped them in a while:
http://www.huffingtonpost.com/andrea-chalupa/phoenix-band-on-snl-not-f_b_183266.html

P.S. WHAT UR FAAAAVE SOUNDTRACKS? ELLIOTT SMITH IN GOOD WILL HUNTING? CAT STEVENS IN HAROLD AND MAUDE? S & G IN THE GRADUATE????

time to go pine and have chest pains for the next hour! 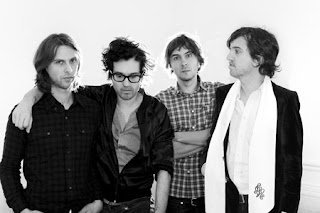 (I sorta aspire to look one of these boyz. SORTA. they're so pretty; it COUNTS).