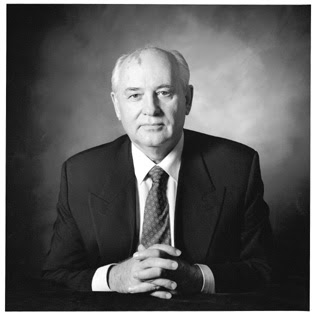 When I first read this headline I thought it was a gag, but no no it is the truth.
Former president of the Soviet Union, Mikail Gorbachev, has recorded an album of love songs alongside Russian musician, Andrei Makarevich.

The motivation behind his artistic endeavor is to raise funds for cancer charities after his wife passed away from Leukemia ten years prior. (The album is for the tenth anniversary of her passing.)

The title of the Album is "Songs for Raisa." Named for his wife Raisa Gorbacheva.

After being placed at auction the album was sold for 100,000 pounds. Here is a sample.

From what I've heard the songs are deep and emotional, which is appropriate. Overall, it's not that bad.