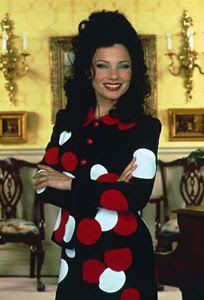 HERE IT IS (I put much thought into this, think about it, summer doesn't officially start for another ten days OH SHIT SOLSTICE):


this song is just how the lyrics make it out to be...it's very liberating to listen to. like, if I listen to it on the bus when I'm riding to work, I feel ecstatic. it makes things beautiful and joyful and I can get into that. Pelle is so underrated in the States. give him a chance, he's like a diet Lekman!

I don't really know if this warrants a spot on my list, but it's catchy and it's like nobody ever told this guy the 1980s are over. He needs to blow up. because this is one of the must-hear songs. someone on last.fm said he looks douchey; I have to agree. he looks like Mark Ronson. thus. oh I can hear my parents yelling downstairs. wa wa wa.

“Happiness” seems to be the safe and cautioned choice for the
second single off Goldfrapp’s Seventh Tree. Not to say that it’s a bad
song by any means, but perhaps, dare I say it, a particularly
unambitious one? While “Caravan Girl,” “Little Bird,” and “Monster
Love” soundtrack segments are for the neo-Pagan teen girl/gay man in all
of us*, I always saw “Eat Yourself” and “Clowns” as being the two songs
that defined "Seventh Tree" for me. “Happiness” is an altogether
different bag, fitting more into the first category. Maybe
a bit less self-absorbed and superficially critical than the
aforementioned three songs (including “Caravan Girl,” "Seventh Tree"'s
next single) “Happiness” operates as a sitcom opening theme for
album—not as sonically heavy as “Clowns” or thematically-driven as “Eat
Yourself.” The video plays along with this idea: Goldfrapp could be
Fran Fines walking through the posh stoops of the Upper East side,
making digs at Scientologists in her almost suffocating
Jewy-exaggerations (could Goldfrapp perhaps be echoing this with her
mega-curls?!?!?) I almost think, especially in light of her picking
“Clowns,” a legit track, as the album’s fourth single, that Goldfrapp
knows what she’s doing. Realistically, she might not be channeling
Fran Drescher, but she knows how songs like “Happiness,” “Caravan
Girl,” and “A&E” read to fans and critics and how “Clowns,” and “Eat
Yourself” read read to critics. The former are more innocuous sirens
into this world of white-robes, fall leaves and neo-paganism, while
the latter are embraces of the less accessible yet, as I said earlier,
more ambitious, croonings referencing the indecipherable nigh-scats of
Cocteau Twin’s Elizabeth Frasier and the decidedly witchy British
seventies cult film "The Wicker Man" (from which Goldfrapp lifted the
soundtrack to open their "Seventh Tree" tour—or so I hear). Obviously
“Happiness” isn’t my favorite "Seventh Tree" track, but neither are
“A&E” or “Caravan Girl.” For what it’s worth, while “Clowns” and “Eat
Yourself” are my two top played tracks (beating out songs from my top
two most-played artists), it was the spiritual sister of “Happiness,”
“A&E” that I listened to on my way to the hospital, dehydrated from
stomach flu.

honestly anything by Phoenix would have worked. their sound is so light, so easy. if the feeling of the summer wind coming through your clothes had a soundtrack, this would be it.

do you remember how awesome "American Boy" was last summer? THIS IS THIS YEAR'S RESPONSE TO THAT. except it's not QUITE there. close, though.

it took a commercial to get me into this song. sue my capitalist ass.

oddly, this is band is Swedish. and NOT just two people! it might take a listen to grow on you, but grow on you it will. lots of their other stuff is downloadable on last.fm, recommended!

I had low expectations for this song. cosmically low expectations. because I heard ScarJo's Tom Waits cover project last year and was not impressed, like most people. her voice is very unique, and I'd rather hear Tom Waits sing his own songs. but Pete Yorn evens her out. makes her bearable. don't get the Jane/Serge comparisons, though. do like looking at them together, in an unrelated observation.

I've posted this song in the past, but I'm not sick of it, hence the repost. MEETING A FRIEND AT A CAFE TO BE HARRIED BY THE LOCAL HOMELESS ("public vandalism is never cool!") :)

my summer goal is to memorize the song, backwards and forwards, and perform it at the first staff meeting. good shit!

"Sweet Darlin'"- She & Him
link: http://www.sendspace.com/file/jzj2ip

Every contributor here at the Useless Critic loves Zooey Deschanel, which is like loving Christmas and teddy bears and puppies and oh wait MARTHA DOESN'T LOVE PUPPIES.

"Bizarre Love Triangle"- Nouvelle Vague
link: http://www.sendspace.com/file/mib6w4
recently heard this song. have to defend Nouvelle Vague, one of my favorite musical acts ever, a lot. "they're just a cover band!" NO THEY ARE NOT THEY ARE SOMETHING SO MUCH MORE. this is so bittersweet. just a summer's evening ended the wrong way. as so happens, every now and then. the wrong word and you're left alone. mmm. alone.


summer 2009! let's hope it is a good one.
THE DIGITAL TV TRANSITION IS NOW UPON US, IN OTHER NEWS. WHY DIDN'T ANYONE WARN ME THIS WOULD HAPPEN.