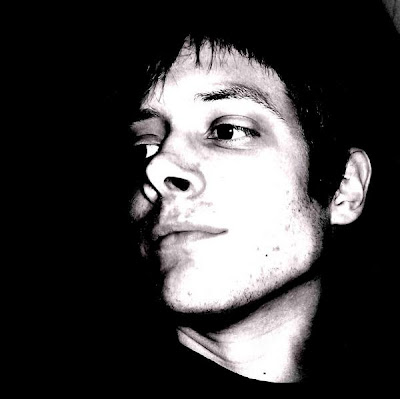 You Need to Hear This

"Music has always been around in my life," Stuart Newman, an acoustic folk-y singer-songwriter from Brighton (UK) reflected in a recent email interview. He is the sole moving force behind his operation: he is responsible for not only the writing and composing of his music, but the artwork as well. Not to mention the music itself, which is a hefty job indeed.

Growing up, he heard 60s-influenced music, a lot.

"The Beatles featured heavily in that," he said. He taught himself the piano growing up ("I really didn't like the 'lessons' part") and the guitar was conquered at the age of 17. From then on, Newman's life began to drift more in a musical direction.

"I started thinking seriously about songwriting later on in my university life, and since then I’ve been doing the best I can to get my music out there." Thus leading to the internet. Stuart Newman's music- and his debut EP, "Single but Defective," is available as a FREE DOWNLOAD on his MySpace and last.fm. FREE DOWNLOAD!

And unlike a lot of free things on the internet, it's good. I recommend "51st State." There's a very delicate but intriguing lo-fi sound to most tracks, but sometimes he pushes the experimental border, with stuff like "Oil."

He calls it "mellow musings that resonate" and it does.

Addressing the somewhat unorthodox way he has chosen to distribute his music, Newman says: "at the moment, I just want as many people that will love the music to find it. It’s hard enough getting people to listen to the music, without asking for payment, or email addresses or whatever. I guess in this day an age, you’ve got to look at the ‘first’ album as a platform to future things. I’d love to offer it as a physical CD at some point, and move forward with things."

He also noted that the goal was to attract new fans, as well as "to cement the existing fans' love of the music."

Newman feels fairly positive about what he's done.
"I guess offering it free has helped more people listen to my music when and where they want to," he mused. "I think it’s the kind of music that grows on you the more you listen to it. I think that’s a good thing, there’s more nourishment there, there’s plenty of ‘junk food’ music about, I’d like to think I’m offer something a bit different and fulfilling."

He admits, though, it hasn't been an easy journey, between getting the word out and piquing more interest. As for his next musical move, he has "a bank of demos of songs. I have a bank of poetry and phrases of words, or ideas too. I lie awake at night sometimes and think of things, maybe just a phrase. So I’ll just quickly put it in my phone and save it for later. I’m always thinking of new potential ideas. As I say, I have some of them recorded and ready to go. I have a couple of songs ready to record, when the time and circumstance is right. I think I’m really just waiting for the next phase to come along. I’d love to hit he next level and get things moving. I think for now the album I’ve been giving away shows what I’m about right now, and I think that I’ll move into slightly more ‘rocky’ songs in the future. But I want to wait until I think the circumstance and surroundings are right. I’m itching to create more, but it needs to be in the right context."

It seems though, judging by the comments and plays on his last.fm, Newman's diligent efforts are paying off. As for his future career aspirations, he views his work in a refreshingly artistic, honest light.

"I guess like any artist I just want to create the music I want, within the ethos I want, how I want. If it’s possible to make it my career, then that would be just amazing. I want to be as successful as possible and all that goes with that. But I want success on the right terms. Right now it’s hard to back up the art of music with financial reward, but I think I’d rather my art got out there then not at all. If I can make music my life, then I’ll have got close to where I want to be. Time will tell I guess," Newman said about the possibilities.

Right now, he's listening to an eclectic mix that contains Queens of the Stone Age, Eminem and Paul Simon. But he often earns comparisons to the late Elliott Smith and Leonard Cohen, two soft spoken but ridiculous talents.

Before fans started drawing the parallels between his sound and Smith's, though, Stuart Newman admits he was not familiar with the American songsmith. Cohen, on the other hand, he knows, but "hasn't really gotten much into his work."

"I own one CD of his, and that’s about it. I think some of it is very pleasant, and he clearly has a knack for writing great songs, like ‘Hallelujah’. I can’t say I listen to loads of singer-songwriters really. The closest I get is listening to Don McLean, Paul Simon and that sort of thing. I’m a huge fan of Paul Simon’s work, not all of it, but I really love some of the things he’s written," he admitted.

Still, some not bad comparisons in the least! There's a definite similarity between him and Smith, and Cohen at times, while listening to "Single But Defective." You could probably ramble off, though, half a dozen other names too. With that, Newman manages to keep an unique edge that will hopefully take him far.

With influences ranging from the pop-punk band +44 to comedian Robin Williams, as well as "everything, all the time," there's bound to be something for nearly everyone in Stuart Newman's debut EP, which you can check out at the following websites:

no excuse NOT to go investigate this one!