Will Somebody Please Give This Guy A Grammy!?!

July 12, 2009
And that is my request.
Erik Mongrain, a native of Montreal Quebec, knows how to play guitar. I guess he would be nominated for best instrumental performance non-classical or something fancy like that.

Mongrain has become known for his signature two handed lap/tapping technique that includes lots of harmonics. 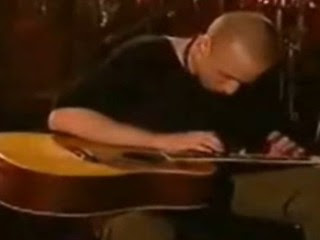 This video has been viewed over 4 million times, and about 1.2 million of them were me.


He can play slow. He can play fast, but it’s safe to say Erik Mongrain plays well.

Here is the vid to his song Fusions, which is also one of my favorites. 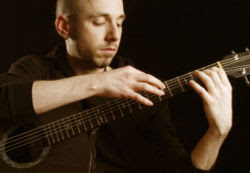 Right now he has two studio albums out, and I think the first one is the best. But be on the lookout for something new in the future. (I hope there's a third.)