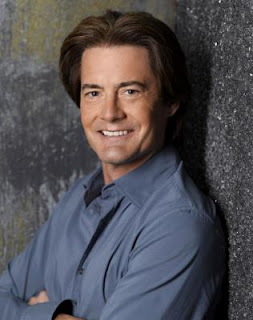 Heyo, so something new is in the works here. Wednesdays will now feature a Spotlight Shout Out of an actor and his or her current work.

This weeks starts off with Kyle MacLachlan, an actor who encompasses many talents and qualities into his work, but one of them really stands out.

KM is a beast at playing the mysterious enigmatic character, and that has come into his work recently with his performance in the show, Desperate Housewives, playing a dentist with a hidden past.

One character on the show even stated that he, “Has that smile down cold.”

Lately, his character hasn’t been as dark and monumental, but Kyle MacLachlan is still a solid entertainer.
And speaking of mystery, he has worked with writer/director David Lynch on multiple projects including, Twin Peaks, Twin Peaks: Fire Walk With Me, and Blue Velvet. Trust me nothing is as mysterious as David Lynch.

But in addition to being a creepy dentist on an extremely feminine primetime soap, he has something new in the business. KM is appearing in the 2009 film, “Mao’s Last Dancer.” I haven’t found a U.S. release date for this, but it actually sounds pretty cool. It’s based on the autobiography of Li Cunxin [Schwen Sing], a dancer for Mao (believe it or not).
I am super curious to see how this turns out, but maybe it already has come out in the U.S., and I missed it. Darn my pessimism. 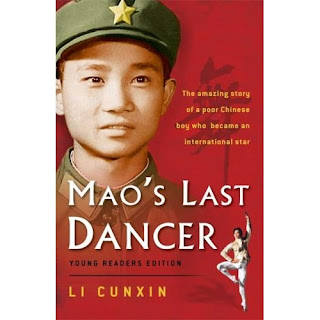 And not to mention Kyle M has a sweet fuckin’ haircut, and hair is very important in this generation, just ask any man that isn’t me.

QATFYG: Do you like Kyle M? Do you like David Lynch? And wouldn’t it be great to see KM in a tutu?

Oh and be sure to catch next week’s spotlight/ shout out post on O.G. Mudbone. Am I serious? (no)