Why Are Still Letting Heidi Montag Near The Mic!

“Hmm, that actually isn’t so bad.”

The second time I heard it, I closely paid attention to the lyrics, and I heard words like this… 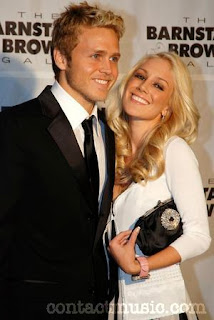 This is CANINE FECAL MATTER!!
So I won’t make you read anymore. I mean I know I shouldn’t expect much from las cheapass pop stars, and especially not much from someone who was on “Da Hillz,” but I didn’t imagine it would be this lousy.

I mean all this song does is turn Heidi M into the poster wife for being an "AirHead" who’s full of shit from the neck down. Basically, this song sounds like she’s turning herself into a domestic fuck-puppet for her hubby who RAPS in part it! And if you’ve ever heard her husband, Spenny, speak you’ll know why I sound so angry.

And this is from a guy who listens to tons of pop music, only I listen to it in Spanish and Chinese to avoid all the awful lyrics. But like I said before I’m not completely surprised by the quality, but it I did not expect something so stupid.

I've figured the reason I'm so Ticked Off about this is because I thought Heidi M, might put out a good song, but of course Nature had other plans.

QATFYG: What are the worst lyrics you've ever heard?
These aren't the worst I've heard, I'll post mine in the comments section.