September 14, 2009
So I noticed a couple of commercials out right now are using The Final Countdown from Swedish Glam Metal/Hard rockers…………………Europe!!! 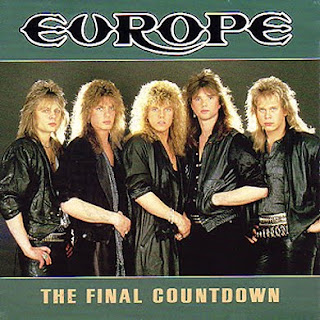 I love this song, and it’s being used in ads for “Cloudy With a Chance of Meatballs” commercials, but according to Amazon it’s not on their soundtrack. Such a pity.

Also, tonight for the first time I heard the dance remix version titled The Final Countdown 2000. (posted below).

QATFYG: What do you think of the remix? Are you a glam rock/metal fan? And will you see “Cloudy With a Chance of Meatballs?”