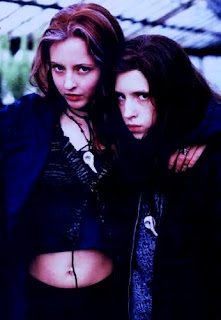 Abracadabra, this week’s spotlight/ shoutout is a dual honor, and it goes to Emily Perkins and Katie Isabelle (her friends call her Katie, and I have declared myself a BFF.)

Oh and in the pic Katie I is on the left and Emily P is on the right.

You might recognize these two as the ugly stepsisters from “Another Cinderella Story.”

BUT!!!! Before that they starred together in the “Ginger Snaps” trilogy.

Now GS 2 and GS: Ginger Snaps Back, are not so hot. But they were worth watching.
Katie Isabelle also appeared in “Freddy vs. Jason,” which was okay, but not the best Freddy or Jason pic.

And yes as I mentioned earlier KI and EP reunited to play the ugly stepsisters in “Another Cinderella Story.” That was the whole reason I watched that film. (Totally not true, I had no idea they were both going to be in it. It was a surprise. I saw it because as everybody knows I’m a Selena G fan!) No shame. 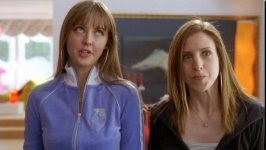 QATFYG: What are some good low-budget/indie horror films that we all need to see?