you need to hear this 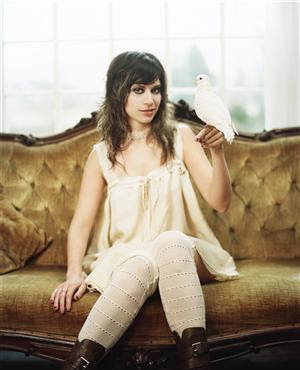 you need to hear this!
Nicole Atkins 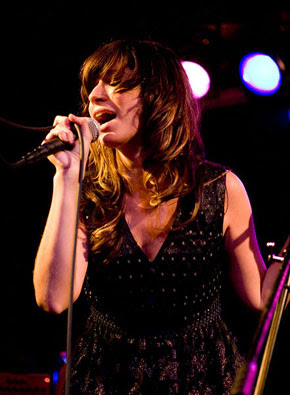 On the rare occasion when I actually sing along to songs without any shame or chagrin, it seems to be, more often than not, NICOLE ATKINS' fault. who is a tragically, tragically underrated figure in indie pop music.

Just listen to her voice once- she could easily be on Broadway with those vocals.

watch her sing "Maybe Tonight" here. hot damn, that New Jersey native (who has played with Feist, among countless others) blow the mic away. I mean...I'm pretty critical of new female singer-songwriters. but this girl is packed FULL of talent.

SHE PLAYS THE UKULELE HERE
She calls her music "pop-noir;" it's a title it definitely carries without testing. there's something very classic about it, while remaining with an edge that helps her carry her own with the wannabe Jenny Lewisies of this world and yet at the same time helps to differentiate her.

Her first album, "Neptune City," is wound up with the brassiness that could help a young closeted gay man succeed at karaoke (ha!) or really, help a drunk stupid straight girl butcher "Superstar."

She has also played with A.C. Newman, of New Pornographers fame, acting as a guest vocalist.

She released a cover album last year, which included tracks by The Doors and the Mamas and the Papas, as well as this cut from the Church, which I've been playing around the office non-stop because I'm a freak:

Under the Milky Way (mp3)

read her blog, buy her stuff and see a sweet pic of her with an Ouija board here

anyway, NICOLE ATKINS (AND THE SEA) ROLL INTO PITTSBURGH OCTOBER 27TH. I can't go because of the newspaper :( BUT YOU SHOULD GO FOR ME
bitch! I want to be you!!!
- Brittany