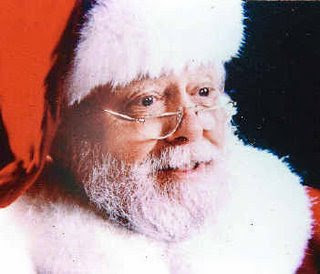 So who gives a shit about Thanksgiving?

Christmas is the next major holiday, and as we depart into the new Christmas season, the S/S goes to Richard Attenborough who played possibly the best Santa Claus ever in "Miracle on 34th Street."

He also did some other movies over the course of his life, like maybe "Jurassic Park" or something.

On the stage, he was the original Sgt. Trotter, in Agatha Christie's "The Mousetrap," which has become the longest running play in history. If you know me, you'll know I get all mushy for that show.

Oh, and yes of course Miracle 34 begins at Thanksgiving, so this is a two bird with one stone shoutout.

In other words, Happy pre-start-to-the-holiday-Season.

QATFYG: Who is the best Santa Claus actor of all time?