My Top Ten Television Programs of the Decade!!

Tragic times have fallen upon us with the loss of Brittany Murphy, and I will dedicate this to her.

My Top Ten TV Shows of the Decade

Buenas Noches, these are my top ten television shows as we say goodbye to 2009!! Starting at number 10, “Family Guy” revived the world of animated humor, and it took off as a cultural phenomenon. During the years of 2004-2006 everybody was talking about “Family Guy” nonstop, and they still are. Creator Seth MacFarlane also has two other hit shows on FOX and is their powerhouse for animated comedy. 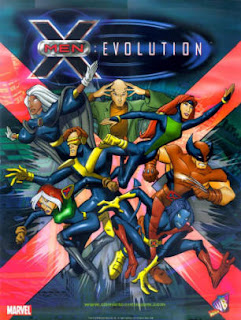 This show might surprise some as a top ten, but “X-Men Evolution” became a solid and reliable show for me. During one summer, I stayed up every night to catch the daily episode of XME on Cartoon Network. It brought back so many memories of the 90’s, but it was different. XME gave a new spin on the stories and helped connect them to teenagers. It had ways of joining old feelings of the past with the drive toward the future. It was fun. 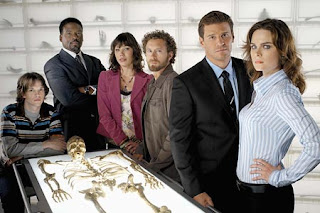 This show is so smart, and the performance of Emily Deschanel is killer. Everything about “Bones” is a hit. It’s attractive and funny, but at the same time the character dynamic is amazing, except for Jonathan Adams, but he was booted after season 1. Poor bloke, and not to mention but...Two of the “Bones” cast have made their way into Spotlight/Shoutout history. 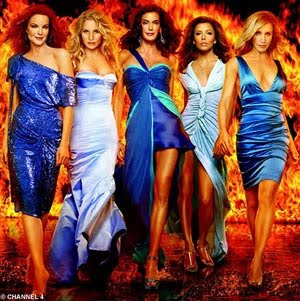 When I was first introduced to this show, I thought I would hate it. It took me a few episodes, but then, I was hooked into the drama and soap opera magic of DH. This show engulfs the viewer and forces you to want more. I don't normally compliment Teri Hatcher, but Teri here it goes "Your performance in season 1 was good." It might be a while before I compliment Teri Hatcher again, so enjoy that BITCH. Each of the four leads on this show can make you laugh, make you cry and win your heart. Even now, I can’t wait to see what happens with their next cliffhanger. 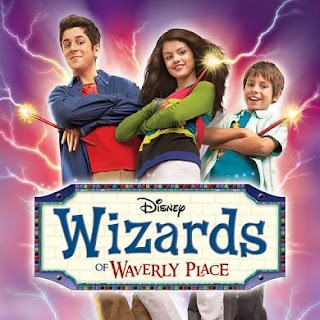 I did not start watching this show until late 2008 and into2009, and I feel I kind of missed out. I’m sure no one is shocked to see this because I mention the star, Selena Gomez, almost every single week. But this show means something more to me. It was the one that got me back into watching the Disney Channel. (I actually have an episode of it on in my Youtube window right now.) By doing that it opened up so many doors to my current lifestyle and television viewing habits. Now I always catch “Sonny With a Chance,” “Hannah Montana,” and sometimes “Suite Life on Deck.” I am not posting this show just because i like it. I am a strong advocate that this is currently the best youth program on the airwaves. Oh and I think we will see much more of the three leads, David Henrie, Selena Gomez, and Jake T. Austin in the future. They're all so talented. Thank you Wizards. 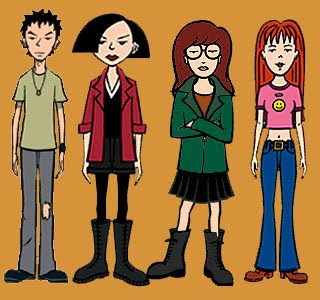 This was a show that meant so much to high school students and the youth generation as well. Daria began in 1997, but she made her way into my home in the new millennium. The series continued to run into 2002 and just barely made it eligible for the countdown. Daria was the teenager that almost everyone secretly wanted to be. She had the attitude and the confidence, but more importantly she was a character that people could relate to. Daria became an icon for people for felt like they didn't fit in. It was one hell of a satire. And to think, this was a spin-off of "Bevis and Butt-Head.!" 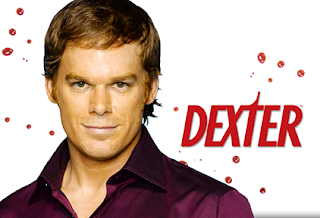 I read the novel by Jeff Lindsey, and I was hooked in so fast. I knew I had to see this show. It is so good. The black humor is addictive, and the mind of a serial killer is explored. Michael C. Hall is such a great performer in this. Just watch his eyes during the pilot episode. He nails it. I spent an entire semester just coming home and watching “Dexter” on DVD. The first brilliant thing I noticed about this series is the connections made between Dexter, a serial killer, and the rest of us. It shows the life of a person who has a deep dark secret and how he covers it up. Have you ever felt or thought something that you had to keep private from the outside world? If you have, then you can relate to Dexter. Totally Boss! 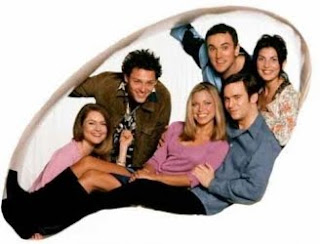 I have stated many times in my life, that Stephen Moffat’s “Coupling” is the funniest show of all time. I have never laughed harder in my life than from watching this show. The comedy is amazing, and I mean Amazing. If Miley were here, she would say it's. "For real it's like, A-May-Zing!" (Miley is not a Coupling fan.) 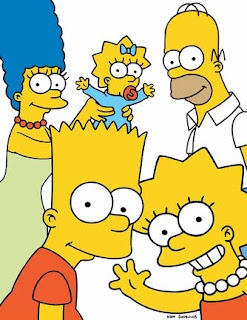 Although, I haven’t seen this show in years, I caught the movie. I also spent the first 7 years of the decade glued to the TV every Sunday night for these yellow laughbots. This show has changed two generations of television. It is the longest running primetime sitcom in history, and it’s on its way to break many more records. “The Simpsons” set the bar for the ideals of many modern-day animated comedies. Without "The Simpsons" television would not be the same. 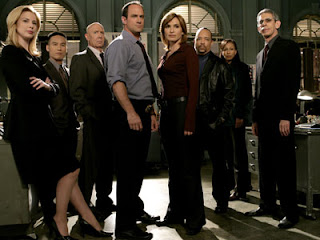 Law and Order: Special Victims Unit takes my prize as the best show of the decade. I don’t know who would agree with this, but here is why I placed it here. This has been the most reliable/fun to watch/ consistent show that has kept me entertained from 2000-2009. When I was in Junior High I would go to my dad’s house where we had three channels, and one of them would show SVU on weekends, so it became a routine early on. And not to mention their marathons were never boring, even if I’d seen the episode already. I could watch it again. This is by far the best “Law and Order” series, and that is rarely disputed. The characters in this show play it out better than any on TV. I would love to give an award to Christopher Meloni and Mariska for being so awesome. (Her globe doesn't count! Seriously!) Their screen chemistry brought this show to a new level, and even the supporting characters are amazing, such as Richard Belzer, ICE T, and Dann Florek. Oh, and B.D. Wong (Hi Linus). B.D. Wong just sounds so incredibly intelligent playing the psychiatrist on the show. The man is a great actor, and the cast is great together. This show combines more successful elements together than any other show in the last decade. Dick Wolf productions rule!!


QATFYG: What is your top television show?

Degrassi: The Next Generation
No shame, I loved it. The early episodes from 2001 are a little stiff, but the rest of the show was so captivating. This was the North American answer to teen angst. Degrassi was a soap opera for tweens and teens, and one of the best parts of this show was we got to grow up with the characters. They went to college as I went to college. However, their issues always seemed slightly more spontaneous. “Come on Craig: Cocaine! For REAL!

House M.D….This is a great show, but it didn’t have the same impact for me, that
the others on the list did, such as dying to see it every single week and making it a routine.

SKINS…The British version of Degrassi, possible the most well-written teen drama of
all time. The reason it’s not on the list is because I only watched it for a month. I streamed two seasons of it watching multiple episodes a day. It was just a small phase for me.