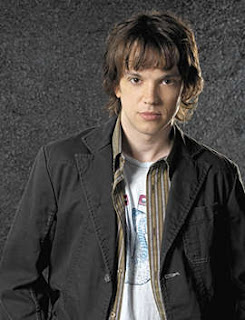 So in this day and age it is hard to find people that are rather exceptional. That is why Eric Millegan earns the s/s for this week.

But Eric Millegan does far more than act.

He has been an open homosexual, and not only that he has come out three times.

1. homosexuality
2. About his Age
3. For his mental illness

As for his age, Eric Millegan is 35, and he looks like he is 19ish. But he even stated he had to come out with his age and admit that he is older than he looks. Much more courageous, than that goomba mcgoomba, Jason Earles from Hannah Montana, who refuses to admit that he’s 33.

But now Eric Millegan is an open advocate for Mental Illness Awareness, Eric has bipolar disorder, but he does not let it get him down anymore. As an actor, he has made it onto many network television shows, but he has been battling mental illness the whole time.

Eric now has a series of youtube videos explaining what it’s like having bipolar disorder. I would recommend watching them. Whether you have bipolar disorder or not, they’re rather inspirational.

QATFYG: Does he look 35? And I apologize for tech difficulties earlier, such as losing my Jason Earles pic.