Spotlight/Shoutout: Actor of the Decade

It was not easy having to decide on one actor that stood beyond all others in the 2000s. To make the decision I could not only give it to one person, so for the first time in Spotlight/Shoutout history the award is divided into two categories.

Television Actor and Film Actor of the Decade. 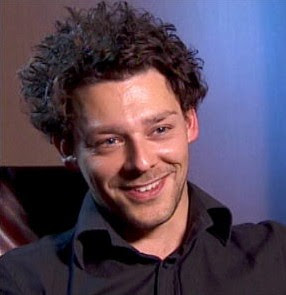 This was the name that rose above them all. As I posted on my top television shows, the UK’s “Coupling” was the funniest show of all time. And it would not have made it that far, if not for the performance of Richard Coyle. He played the quirky, nervous, and socially awkward Jeff Murdock from 2000-2003 on the show. There is no other person on the planet who has entertained me better than Richard Coyle, his comic style was and is one of a kind. So many times I had almost fell on the floor laughing when he told jokes or was caught in awkward situations.

After leaving “Coupling” Richard C moved to the London stage, performing in David Auburn’s Proof and August Strindberg’s Miss Julie. Trust, me these are both difficult roles and plays that are super challenging.

He has also gone to the dramatic side of television, starring in the BBC’s “The Best Man,” a super suspense thriller.

And now for the Big Screen 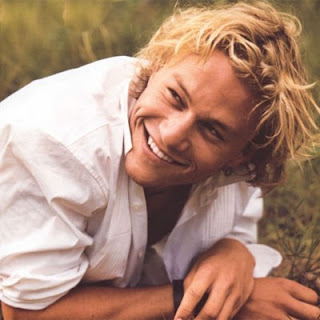 There were many names that came to mind when considering the best film actor of the decade, but Heath Ledger takes the cake.

He starred the pants off of the competition in “The Patriot,” “A Knight’s Tale,” and the “Four Feathers.”

He made cinematic history in “Brokeback Mountain” and starred the pants off of Jake, probably better than Reese ever did.

As a dedicated professional he went to great lengths to create his art in roles like “Candy.”

And as a most crowning achievement to his brilliant career, Heath won the Oscar after his passing for his performance as the Joker. This was a role that stayed with me for days after I saw the movie. I saw “The Dark Knight” three times in theatres, mainly for him.
It was shocking and completely mesmerizing just how good he was.

I remember in January 2008, someone told me, and I quote.

“I heard the worst thing in the world. Heath Ledger died.”

His passing was en event that shocked the world. Heath Ledger officially changed film history with his art, and went to the grave way before his time.

And not to mention “The Imaginarium of Dr. Parnassus.”

Television:
Jessalyn Gilsig: She was the star of the early years “Boston Public,” which was a major hit of its day from 2000-2004. Next, she went from being a schoolteacher to a sex addict on “Nip/Tuck.” And now in 2009 she has returned to the FOX network, playing the egomaniac and deceiving wife of Matthew Morrison on “GLEE!” JG has been a rock through this decade performing well on great shows, which really show her acting range with a broad span of talent.

Film:
Clint Eastwood: Does this man need any more hype? Clint Eastwood has been an actor for decades upon decades. In the 2000s he has done some of his finest moments starring in roles such as “Million Dollar Baby” and “Gran Torino.” In addition to his brilliant moments as an actor, he has done lots of directing in the decade and he has been a king of the Oscars. He has also given powerful performances in films such as “Blood Work” and “Space Cowboys.”

Kate Winslet: She has had a ride for the last 10 years in a post-titanic era. She won over audiences with "Eternal Sunshine" and critics with "Iris." Also, good moments in "Little Children," and "Finding Neverland." In the last few years she has been a queen at the awards season, scoring nominations left and right, winning two globes in one night and taking home the Oscar for "The Reader." Happy Next Ten Years Kate!