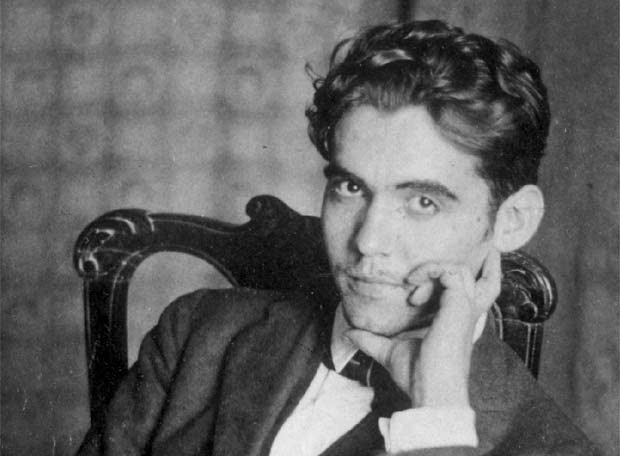 I've been pretty busy with school and moving lately so I apologize for my lack of postings... I think it will continue like this for a while though. And also not having internet at my apartment plays a huge role, obviously.

With that being said, I signed up for a modernist poetry class that Cara dropped ( :P ) but I'm quite excited for. Like- this is the kind of class I've dreamt of taking all my life, you know what I'm saying? I'm unfamiliar with most of the poets we're learning, but that presents to me the kind of challenge that I like. besides this and my resolved I'm-not-getting-worked-up-about-shit-I-don't-truly-care-for poicy, Spring 2010 may prove to be a good time, after all.

Anyway, one of the poets that's on the agenda is one of my favorites, Federico Garcia Lorca, who was also an accomplished dramatist as well as poet and one of the best Spanish literary voices of all time.

He wrote a few collections of poetry that brought him attention in his lifespan, before his premature death- an early, anonymous victim of the Spanish Civil War, his body was reportedly just found, years after 1936, when he was shot and thrown into an unmarked grave. Nationalists considered intellectuals was dangerous, and Lorca would have been at the forefront of that.

After his death, his writings were burned and outlawed.

But years later... we're still talking about him, right?

His collection of poems from his time spent in New York City, Poet in New York, was published after his death.

In the green morning
I wanted to be a heart.
A heart.

In the vivid morning
I wanted to be myself.
A heart.

And at the evening's end
I wanted to be my voice.
A nightingale.