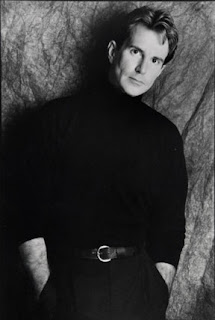 Just writing an updawebdate on one of my favorite singers.

Davis Gaines has a relatively new video out on the internet now, of him singing the famous “Ol’ Man River” from the musical “Show Boat.”


He is most famous for performing the title character in “The Phantom of the Opera,” which he performed over 2,000 times on Broadway and performing different roles in “Sweeney Todd,” which is available on the internet and on DVD.

I used to describe him as Josh Groban, but with a more mature voice. But I will confess that he is not as flawless as Groban. Some of his low notes are a little to garglely…not a word, but that’s how I describe it. However, if you're still comparing him to Groban, he has more Clarity when he belts loud notes. And I know it's called tonality in music. But I call it clarity for him because well, the notes sound so clear.

When I first heard “Ol’ Man River” by Davis, I thought he wasn’t belting strongly enough, but after more times the song and his version are really growing on me.

Here: I had problems with hyperlinks and videos, so it's back to the stone age. copy and paste. See if it loads.

jk here is the vid