February 19, 2010
So there has been lots of talk on whether or not Howard Stern would be a good judge on "American Idol."

But Simon Cowell, the dastardly departed, offers his idea of a replacement.

Saying:
"Perez Hilton, he'd be funny. You know, he's got good taste in music, he's a personality. That could work." 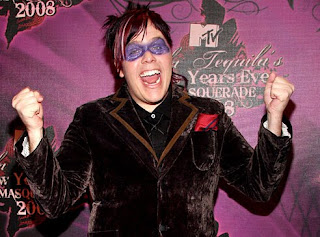 Is this true?
I think Perez would be a much better judge than Howard Stern. I think he fits the "American Idol" setting a lot better, and his comments would be very entertaining. Perez could also start some major diva action between him and lousy contestants.

It will be a milestone to replace Simon, but I would think of Perez as an awesome host.

QATFYG: Who would you pick to replace Simon?