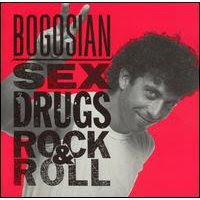 I bring up this name a lot because he intrigued me in ways that I hadn’t really experienced before.
Eric B is known around the film and television world for random appearances in movies like “Blade: Trinity,” and being a principle character in “TalkRadio” and “Law and Order: CI,” but from this moment he will be remembered as one of the champions of the S/S.

Eric is of Armenian descent (important?), and in world of theatre he is famous for performing ONE MAN SHOWS!
One man, one stage, one univesrse. Like Nas said, all you need is one Mic.
Eric has done some famous works such as “Notes from Underground.” Also, he has performed big hits such as “Sex, Drugs, and Rock and Roll.”

The first one I saw him perform in was “Wake Up and Smell the Coffee.” It was well done and funny, but I did not like some of the anti-deistic remarks he made. I don’t think I would watch that one again, but I will keep an open mind with his other works. He also did a good piece called “Molecules,” which was amazing.
Eric is also a playwright who has had numerous things put into production; every time I’m in borders I look at his copy of “Suburbia.” I never buy it, but I flip through it.

I love Alternative Theatre. But when I tell people about one-man-shows they tell me they're boring, even if they’ve never seen one or even a segment of one. Now, I understand why they conceive this idea because it's only one actor on stage for an hour, but you can’t knock something until you’ve tried it. In one man shows people frequently play more than one character, quickly changing personalities. Keep a look out for Eric’s one man performances, good stuff. They sometimes float around on IFC.