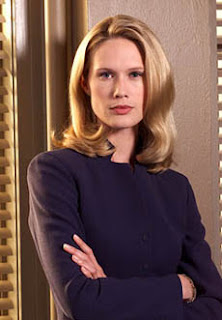 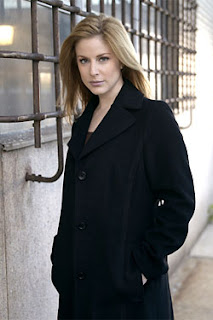 Once again on the s/s cyber stage there is a tie!

If you’ve followed the blog, you’ll know that I love Law and Order: SVU.

And recently, a certain anonymous person introduced me to Tvshack.net, a place where I can watch every episode of Law and Order: Special Vicitms Unit ever. But of course, I'm still trying to track down the Russian version of the show

No joke, it’s hard to find online because of rights and legalities and all that jazzy pants stuff.

Speaking of Legalities the s/s is shared between Stephanie March and Daine Neal, both famous for playing the lead female ADA’s on the show.

There has been much debate over the past few years as to which ADA is better….Diane Neal with her Laura Prepon changing hair or Stephanie March and her secret identity in the witness protection program (Her name was Emily (If that’s incorrect shoot me.)). Both of these actors added so much to the show, respect.

Anyway, I watched the pilot of SVU from 1999, and it is still just as good as it is today. It really pushed the envelope with a lot of in-your-face action. This was in a day before shows like the “The Shield” on FX, which blew things out of the water. SVU was there first.

Sadly neither Neal or March were in the pilot.

So Stephanie Marche or Diane Neal?, the two sassy ADA’s on the show really made it interesting. When I’m watching SVU, and I see either one of their names in the credits I just can’t decide which one is better. However, it is widely acclaimed that they are both better than Michaela McManus as ADA Kim Greylek, their supposed replacement…haha.
But in all fairness she hasn’t been given a fair chance?

QATFYG: Do you have a favorite lawyer on TV? Also, anyone know where I can find the Law and Order: SVU Russian version?

PS: The picture I posted of Diane Neal (the one on the bottom) looks so dangerous. She looks like a flasher outside of a Clay Aiken performance of Spamalot!