So recently there was a movie, “The Stepfather” starring Dylan Walsh released in theaters. I decided to travel back in time to 1987 and watch the original “The Stepfather.”
Okay, my interest in this film is for two reasons.

One was I happened to see it in a video store when I was roughly 5 years old, and I just remembered it.
Two: It stars Terry O’Quinn from “Lost” as the psychotically-disturbed stepfather. 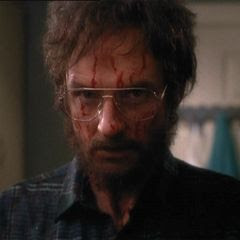 And Terry O’Quinn is awesome. Also he is about as Irish as Timothy Omundson from “Psych.” 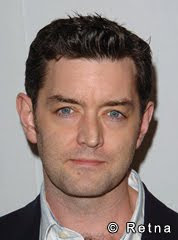 So for the movie, it starts out with some creepy horror establishment shots, which were pretty good thanks to O’Quinn. Slowly, this film seems to be almost out of date. It doesn’t seem to hold the intensity of a timeless horror-film.i.e. Hitchcock. But there are some good scenes of cinematography and the fake blood wasn’t bad for the late 80’s.
Just saying there is an awkward Co-ed boxing scene between the female lead and her boy toy. It reminds me of Alicia Sacramone punching an asshole-esque male companion on that youtube video. Surprisingly Effective! 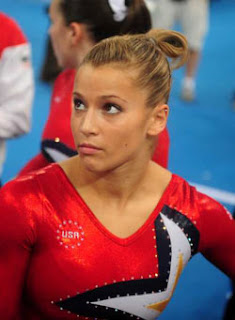 The film goes into some creative moments based around the center points of O’Quinn’s instability, but there is an angle with a suspicious journalist that is borderline gratuitous (It’s boring). His part was entirely anticlimactic. Not to mention the 80's music was completely inappropriate, and almost never corresponded with the emotions of the scene.
But I like the fact that this version has a teenage girl as the heroic character and not a male. It just adds for some interesting contrast between a stepdaughter and stepfather.
Final Result: Worth Watching, and I will see the sequel despite the flaws.

QATFYG: What is your favorite 80’s horror flick? (And no dissing Halloween 4). That’s personal.