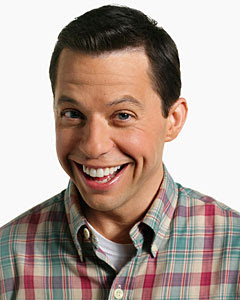 So for the first time, the spotlight/shoutout appears on thursday.

I did not want to put up a non-irish post on st. patty's day, but here it is....yesterday, I saw Jon Cryer on TV, and I felt so frickin happy! Like no joke, imagine the scale of 1-10.

This guy makes me smile and laugh so much, and I am so glad he was rewarded with an Emmy finally for "Two and a Half Men."

I need to see him in "Pretty in Pink," one of those brat pack movies I want to see. ;)

Also, he was notoriously a voice for the show "Stripperella!" And playing Mr. Truscott on Hannah Montana!

QATFYG: Have you watched 2.5 men? haha I tried to make a joke with the numbers, but it failed.