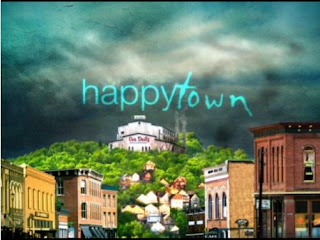 Ok, I am watching LOST right now, and I just caught the preview for the ABC new show, "Happytown."

First thought, I am so tired that it looks good.
But second thought,
this looks like a show that will involve a lot of interesting ideas,

but I don't think it will be a successful show. It just looks like something that won't sell with the mass audiences.

However, I am the worst prophet in the history of television prophetizing.

This is a show that will tell the story of a criminal called "The Magic Man." Sounds scary. But he's called that because he makes people disappear. I just don't see this catching on.

QATFYG: How much do you trust ABC with their dramas?