A Bit of Prose, for Summer 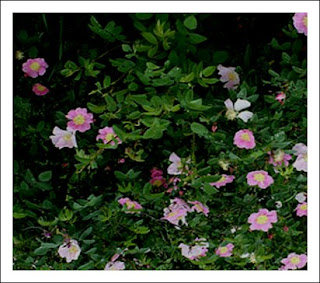 In the second section of the first volume of Marcel Proust’s In Search of Lost Time, “Swann in Love,” when Charles Swann is insisting Odette tell him of her other suspected lovers, his line of reasoning of needing to know follows that he’ll stop bothering her about it so often because being able to picture a thing, to bring it out of the unknown, brings him a sense of relief. “The truly horrifying things,” he continues, “are the ones you can’t imagine.” Early 20th century American poet, Edna Millay, disagrees. As she wrote in “The Unexplorer”—

There was a road ran past our house
Too lovely to explore.
I asked my mother once — she said
That if you followed where it led
It brought you to the milk-man’s door.
(That’s why I have not traveled more.)

— Subsequently, it was the mystery of a small dirt road which always had the three year-old version of myself always wanting to walk down it despite never having the confidence of asking my father to take me, and losing the opportunity altogether once it, and the thick trees growing on each side of it amid the ensuing land for miles and miles around was cleared in favor of expanding i-376W alongside construction of a new airport. It happens.

But before it gave way to development and urban sprawl, the dirt road— perhaps an extension of Aten Road which otherwise ended at its 90-degree turn onto McClaren, a road which had far less trees on each side of it in favor of being lined with wild rose bushes and slightly-overgrown horse pasture— could only be seen for a matter of feet due to the thick shade of the overhanging branches, though a rather weak-looking chain, held on each side by a yellow post, was really what gave this road its certain allure. It’s hard to say the year all of these things went away, although David Lee Roth was undoubtedly, still, culturally relevant.

That chain. As Aten Road moved toward it, it transformed from being a suburb to being a stranger place where people kept goats in their yard, before being overtaken by lush greenery and ghosts. I was unsure why that chain was there, though had just seen Gremlins, Ghostbusters, and heard about Freddy from some of the teenagers and was rather certain that chain had something to do with at least one of these things; said teenagers definitely encouraged these suspicions even though my neighbor tried to squash such talk. Although she was old, so I didn’t care what she said. Pragmatically, I’ve thought about this and am pretty sure by this point in time that the only things down there were raccoons and left-behind underwear, but that naïve and idyllic sense of wonderment cause the spectre of that chain, and everything that was and wasn’t behind it, to continue to languish as I wish I could have been a bit more vocal about certain things as a child, despite the fussing of those writers.