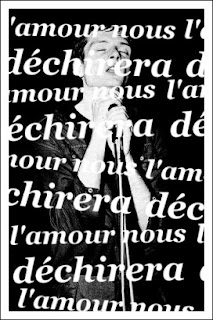 Do you know what I really don’t care about right now? These people. I didn’t write this last week because these people are just— I really hate them. This is basically everything that happens between pages 250 and 300: even though Swann finds the Verdurins positively “magnanimous,” neither of them actually like him and encourage Odette to spend her time with Forcheville. Odette is very stupid. She thinks of a house with wood paneling as being medieval. She doesn’t really understand anything. Forcheville is characterized as having an intellect which is superior to other minds because of its skepticism— he’s in league with medicine-denying doctors and school teachers “who do not believe in Latin compositions.”

The Verdurins stop inviting Swann, so he quickly casts them as “the lowest thing on the social ladder,” as “Dante’s last circle.” He concludes with affirming “no doubt [that] venerable text refers to the Verdurins!” and assumes Odette is giving handjobs (cattleyas) to everyone in France. As Swann either notices or believes other men find Odette “enchanting and desirable” he has a need to now “master her” even in “the smallest parts of her heart,” so he decides to stalk her even though he’s aware she has no patience for the jealous. Fortunately for Odette, Swann has no idea what he’s doing and was spying on two old men in the small hours of the morning; nevertheless, by way of reading her mail, finds out she’s been seeing Forcheville, but thinks if it was Forcheville reading the same letter addressed to Swann that he would have seen “words (…) far more affectionate.” He wonders how he couldn’t be misanthropic when every man he sees is possibly (defintely) a lover of Odette’s.

Earlier, although he can see himself as continuing to meet with her in the future, he decides this is something entirely different than always loving her— although, as he loves her as related on p. 256, he notes only wanting to “believe he would not stop seeing her.” Twenty pages later, his jealousy, “as if it were the shadow of his love” comes to “furnish itself with a duplicate of the new smile she had given him that very evening”; now inversed, it mocked Swann because, as you've correctly assumed, it was “filled with the love for another man.” Swann comes to lament every pleasure the two share because, within moments, he finds such moments as becoming instruments for torture. Maybe it’s like eating asparagus? He concedes her daily routine isn’t terribly interesting and her possible relationships with others “did not naturally (…) exhale a morbid sadness capable of infecting one with a feverish desire to commit suicide,” although I’m kind of curious with what Odette is thinking through all of this. Anything? Does Odette think? Maybe she wants Swann to kill himself? Maybe she would find that so hot? So, so hot.