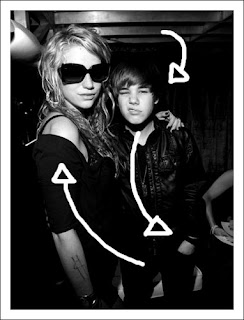 One of my bottles of wine, the Edelweiss, was accidentally uncorked several days ago, because I am very, very clumsy— anyway, I don’t really like drinking alone, so, instead of having the bottle languish in my freezer for the next several weeks, I’m humoring myself by turning it into a “writing experiment” where I drink a half glass for every song on My World 2.0 while typing about what’s happening. So—

Baby
I thought it would be kind of unfair to start the album completely sober, so I drank a full glass before listening to this song. I don’t really like this wine very much, I probably should have accidentally opened the Armenian pomegranate, but— I’ll probably get to that one at some point. And there’s white table wine, too, but I don’t know what that is? Table wine? I’m drinking Edelweiss, with Justin Bieber mp3s. This song used to be kind of creepy because, especially considering Ludacris is the only other person in the song, Biebs sounds like he’s singing to him, so when he’s like “I thought you’d always be mine” and then it segues into Ludacris going on about a 13-year old and how he always wants to see her on the weekend because I guess school’s not happening then? WEIRD. Is it like a week of sexting and then they finally get to touch bits? I don’t really like this wine, it keeps giving me wine face. But this song—this one’s going to live on with us, you guys. Like how we still listen to early-80’s Madonna.

Somebody to Love
He says he’d write a symphony for me, but I’m going to have to settle for this tween-pop song. It feels so right. But now he wants to give me the world. I don’t know how to feel about this— he keeps saying he wants someone to love and how he can give me everything even though all I’m getting is tween pop; like if Gaga became a born-again Christian—that thought just mad me really sad, by the way— I think she’d write songs that sound like this, except they’d probably be about how awesome god is. Like “For you God, I’d write a symphony.” But god already has symphonies! And I don’t have any Justin Bieber! If you just need somebody, Biebs— I can’t really tell you what to do, I’m in the same boat. And like how this song just sort of ends, I’m just going to tell you that: I’m in the same boat. HEYYYY

Stuck in the Moment
That part where he’s singing about Sonny and Cher being the same thing as Adam and Eve reminded me—well I don’t even understand this metaphor, but it reminded me how I was reading this book about how patriarchy came about and the author said, in the Eden myth, how Eve really ate a fig. Which is why the Hebrews were always tearing down fig groves, in the Old testament. And all of the other silly things they did. Oh, and in Leviticus, there’s this one part that says it’s ok to eat grasshopper! But the lyrics here, the “I wish we had another time / Because everything we have is stuck in the momen,t” don’t really make sense, because aren’t you guys in love in the moment? So you want to go somewhere else and what? Like I guess eff Ludacris?

U Smile
This would be so hawt to play a jr high school prom / winter formal. If you have a little brother or little sister, you should get them into student government to make sure this happens. Do this! And if they don’t like Justin Beiber, you can be like “Well, you know, everyone likes Justin Bieber so why are you trying to ruin their youth? You get on student government right now, and you make sure the DJ or mp3 person or whatever you people have now, you make sure they play this song at winter formal. And if you have homecomeing, you make sure they play this at homecoming to or I’m going to call Suzy’s parents all tell them you have a crush on her”

Runaway Love
Backstreet’s Back, dudes! I really, really like the lyric “My baby really needs some help / She can never stay at home by herself,’ doesn’t that sound so unwholesome? It does!

Never Let You Go
Maybe it’s the wine talking. So I’m going to listen to this again later. My hands feels tingley! But this song has a pretty reputable-sounding chorus, this could definitely pass for something you listen to when you’;re shopping iin JC Penny. You could listen to some Boyz 2 Men. Maybe Mariah. This song would fit in with all of that, like I can totally picture this song being sung by a woman in 1996,. Which I mean as a complemtn. Like I don’t know if it really fits in with what all of the tweens are listening to right now? B ut this is a lot better than those tweens who listen to Attack Attack. Have you heard that? Don’t. Just don’t do it. But this is a pretty good song for moms to listen to, and the tweens who still maybe haven’t un-mommed themselves yet. Like they still hang out with their moms at Pennys, but maybe soon they’ll start hanging out with their friends at the mall and listen to whatever they’re playing at PacSun. I remember when it was still called Pacific Sunwear, it’s still called that in South Hills Village!

Overboard
I’m not actually listening to Biebs right now. I’m actually listening to Prince. The Ballad of Dorothy Parker. This is such a good album, you should listen to this. You should listen to you brother about it. Ok, but now we’re back to Biebs an d what the fuck is this, this sounds like Christian rock? I keep thinking about waves in soft focus and only one pair of footsteps, because that’s when he was carrying you.

Eenie Meenie
THIS SONG IS SUCH A PIECE OF SHIT/ I DON’T HAVE A TWEETER BUT IF YOU HAVE ONE YOU NEED TO @BIEBS OR WHATEVER HIS TWEETER IS AND YOU NEEED TYO SEND HIM THIS ENTIRE BLOG. I WANT HIM TO KNOW WHAT A PIECE OF SHIT EENIE MEENE IS. THIS SHIT ISNT OK YOUREE LIKE 13, AND YOUR”E LIKE “OOH I’M PARADISE” EW EW W. AND THERE’S SOME OTHER DUDE SINGING THE ENTIRE SONG JEEEZE, YOURE ON THIS SONG FOR LIKE A MINUTE AND YOU’RE TELLING ME HOW MUCH I SHOULD TOTALLY WANT TO FUCK YOU?. I CANT BELIEVE THIS. YOU HAVE STUFF LIKE “BABY’ AND THEN YOURE PASSING SHIT LIKE THIS OFF, LIKE THIS IS GOING TO HAVE THE SAME MIGIC. NOTHING IS AS GOOD AS BABY. I DON’T WANT YOU TO REWRITE THAT SIONG OVER AND OVER, BUT DO YOU KNOW HOW GOOD WRITERS DON’T REALLY WRITE ABOUT THINGS, THEY WRITE AROUND THINGS? ITS ALL INFERRED! DO YOU KNOW ABOUT THAT? YOU NEED TO FIGURE OUT WHATS GOING ON IN BABY AND GO WITH THAT. LIKE I FEEL GOOD. I FEEL SO GOOD WHEN I’M LISTENING TO BABY, THIS SONG IS TOTAL SHIT BEIBS

Up
I think the last glass was just mayb a little tooo much. But I’m not making that wine face anymore! Actually, there’s probably still a sip left in it, so—this is such not the appropriate kind of music to listenm to right now, with all of this wine. I should be listening to Grace Jones or Brides of Funkenstein or something, and I should be getting laid. But no! I live in Edinboro so I’m just going to hang out with Justin Beibre mp3s and drink all of this wine and the cat keep playing witht the wine cork and I keep having to take it away because I don’t think cats can have wine? This song? I don’t know what this is? Like we were having some ok dance songs, but then it was like “hey I’,m Justin Beiber, I’m just going to turn into styrofoam for the second half of this album and make you listen to shit like Eenie meenie and Up, like, oh, lets sing ab out how awesome the sky is, and hang out there.”” Well you know what Justin Beiber, I want more songs like Baby and you should have more guest rappers. Like some Flo Rida. Why isn’t flo rida on this album? If that weird kid from austrailia with that harsh-looking face can get Flo Rida on his album, you should be able to get him too. You need tyo get new management, you need to get played at winter formal, all of the time,.