I have been going through my Fiona discography like whoa this past week. I don't know what spurred me on- I think one of her songs came up on my iPod shuffle and as triggered to go through her stuff and rekindle my love for her, the way middle-aged couples define getting together once a week to have sex while the kids are away as passion reignited.

I came to a theory, while listening to "Limp" and "Shadowboxer" again and again (just like the good old days- not really). there are certain weights of estrogen-ladled singer-songwriters out there. There is Tori Amos, who is apeshit. There is Rachael Yamagata, who is sweet and has a few good songs but yet has to do something of real impact. There is Regina Spektor, who is talented but relies too much on being precious and quirky to do anything that makes me want to listen to HER discography again (barf). Then you have a whole host of others- Sarah McLachlan, Nicole Atkins, Sara Barielles, etc. ALANIS, OH MY GOD, WILL YOU EVER MAKE ANOTHER ALBUM WORTH LISTENING TO? PROBABLY NOT.

However- Fiona Apple, to me, seems like pure talent, and just that. and she doesn't hide whatever shade that talent happens to come in. it's like just this pure natural thing that comes pouring from her; that she's some kind of tool for some greater energy. when she's angry, for example, you want to shake. like "Get Gone?" can you imagine having that song written about you? it's like she wants to cut your throat!

and when she's happy, it comes flowing into you as well, just like a tide. like "Waltz (Better than Fine)"- the sort of light, carefree nature of it sweeps me away, always. like, "oh, you know what? things will be okay. BETTER THAN FINE, REALLY."

It's hard to look back and see that Tidal (1996) was put together by a TEENAGER. the talent evident on that album is masterful, ageless. listen to "Shadowboxer"- "oh, it's so evil my love, the way you've no reverence to my concern. so I'll be sure to stay wary of you, love, to save the pain of once my flame and twice my burn." and the way she sings it, in this ethereal jazzy way, GOD. she tips through genres effortlessly. it's beautiful. "The First Taste" goes into world music territory; "Red Red Red" takes forever to reach any kind of climax. this girl, for all the shit (public and one can take, privately too) she's been through, I hope she's remembered for the talent she had. otherworldly. there isn't an album she's responsible for that doesn't just meet the qualifications of "flawless."

I really do forget what started my fondness for Fiona. but I think it was when I saw the "Criminal" video at the age of 13. I remember being aghast at the bluntness and nudity of it, but I couldn't get her voice out of my head. and even then, as most adolescent girls are when they are like "OMG I HAVE A VAGINA 2 AND I ANGST," I was floored by her way with words. that was what got me about "Criminal," really. it was primal but it was so well-written.

then, I remember buying Tidal years later, along with a Bloc Party album. I remember dismissing the Bloc Party album after ripping it to my computer (not that it was bad, it just didn't stick with me). but TIDAL. I couldn't stop playing. or Extraordinary Machine. or When the Pawn.

she's always seemed uncomfortable with the spotlight, which is understandable. of course, when you're a musician who is unbelievably blessed, that's something you learn to deal with. but I always remember the Paste Magazine 2006 interview I read with her- where she just seemed like, very reclusive (o hai Harper Lee). very intimidated by everything and very much just wanting to live a quiet life. I really do respect that- she doesn't seem to go after notoriety, besides her bad breakdown at a 2000 concert.

which is why I think she takes so many damn hiatuses as she does. I still kick myself for not seeing her pass through Cleveland in 2005, even though there was no way in high hell I could have.

and, at least in the past few years, Fiona's gotten more- hmm, how do I say this?- I don't know, she just doesn't take herself that seriously anymore. She dueted with comedian Zach G (can't spell it) and he starred in her "Not About Love" video, miming her voice, which was a bizarre choice but at least kind of clever.

however, Fiona does seem to be gradually inching back into the mainstream. she hosted a Haiti benefit this past January and has recorded two new songs, although they just seem to be individual things at this point. and just covers, really.


who knows, maybe we will get a new album sometime in the near future? but I would be satisfied with a few shows before the imminent apocalypse. 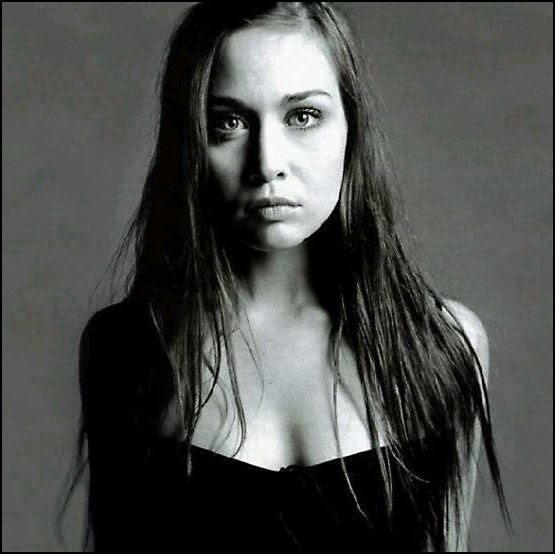 I never dwindled in my fan-ship of F.A., I just went through varying levels of intensity. and now it seems that, if she was my spouse, I would be on her in the kitchen on the table with the fear of our five-year-old finding us. O.O