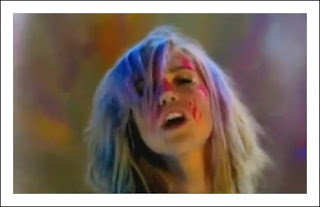 Really, Ke$ha? That’s your new single? Do you know when I illegally downloaded your album and decided to “commit” to it by burning it onto a CD that I didn’t even include “Take It Off” because I hate it so much? What most people seem to have against your album is that “it exists,” but I’ve always thought it most suffers from being too long. Like most of the mp3s on Side B don’t really need to be there. I’ve never even minded that there’s entirely too much autotune—it’s like, you’re Ke$ha. I don’t expect you to care. Anything less than too much autotune wouldn’t have seemed appropriate. “What? Ke$ha has a naturally dynamic vocal range? But all of her songs are just about things getting shoved into her bits while she’s not entirely conscious? Either her lyrics are truthful or she can actually sing, but both? Just not believable, Ke$ha.” Thank you to Spin Magazine for letting me quote their review. But if you’re using a song to promote your album that I couldn’t even be bothered to put onto the CDR I made that’s now too scratched to play “Blah Blah Blah,” which means I have to listen to “Your Love is My Drug” or that part where you’re like “Let’s get fucked up!” even more, then jeeze, Ke$ha. In a way it makes you seem even more authentic, so I’m unsure why this disappoints me?