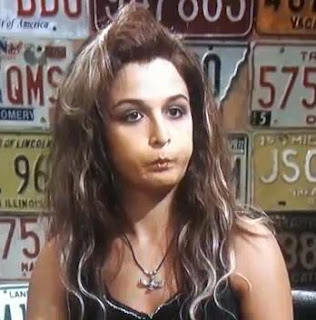 The end of summer is an exciting time for many people - you start school supply shopping, your favorite shows end their summer hiatus, and there's no more excuses for licking Cheeto dust off of your fingers and lulzing around on Tumblr, because, you know, you have school now and everything -but the end of the summer is doubly exciting for late night comedy nerds. The Saturday Night Live season usually begins in late September or early October, and late summer is when we get first news of cast member changes and host and musical guest announcements. For some of us, we pee in our pants out of excitement (will there finally a person of color in the cast? will Frabby be in a skit together?), and for everyone else, it's just another chance to yell "SNL SUCKS NOW" in every every other day leading up to the premiere.

NBC recently announced that SNL cast member Jenny Slate, who began her first episode by dropping the f-bomb on live television, will not be returning this season. Many people I know dislike her greatly, and it's not because they're jealous of her Tina-Tina Chaneuse jacket; her Hoda Kotb just isn't gelling well with many SNL fans, and apparently, Lorne Michaels. However, four new cast members have been announced, and basically forget the rest of this post BECAUSE LORNE FINALLY HIRED ANOTHER BLACK PERSON.

HIS NAME IS JAY PHAROAH AND THAT'S ALL YOU NEED TO KNOW.


At least we have a back-up plan in case Kenan is too busy to play Tiger Woods again.