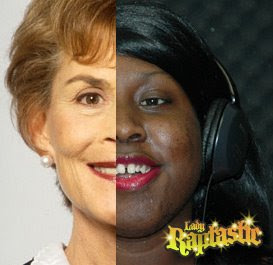 Because it would be funny, and she is old!
It would be almost as good as if they roasted Barb Walters, but I am sure some fembot would complain (Diane Sawyer).

I would love to see JJ get torn apart by people less successful than her! I don't give orders to comedy central, but stick this on your calender, and I will be waiting.

So if this were to happen, who would be on the panel of insulting, washed-up, rejected comedians?

Someone from the cast of the Fresh Prince.

By the way, if you are wondering what the point of this post is...the answer is nothing!