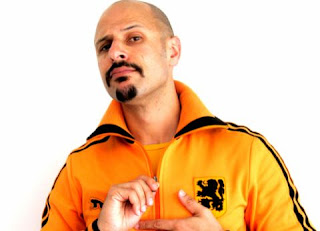 So during my time outside of the U S and A, someone happened to show us the Axis of Evil Comedy Tour, which included comedian and actor Maz Jobrani.

This guy is hilarious, and I am curious as to why he is not more popular.

Perhaps it is because he is Persian!

No joke! (See what I did there, I said "no joke" because he is a comedian")

Much of his act revolves around Iranian stereotypes and Middle Eastern references, but he does it very well.

If you want to laugh, check him out on Youtube.

Also, some guy in Sweden told me that Pablo Francisco was the most popular comedian in the world, so I Youtube'd his stuff, and I was not impressed.

QATFYG:
Do you prefer to say Iranian or Persian when dealing with people from the Kabob capital of the world.