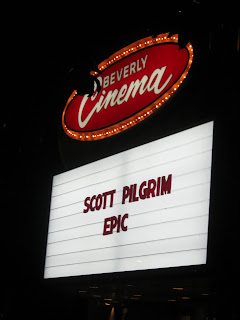 Epic is a good word to describe last night's special midnight screening of Scott Pilgrim vs The World. You want to know why? Here's who came to the screening. Half of these people stayed for the Q&A after:

So yeah, it was pretty awesome right? It was held at the New Beverly Cinema, probably my new favorite theatre in Los Angeles now. This may or may not have to do with the fact that before each movie (or at least each screening I've been to here), they show trailers of old films. Edgar Wright chose 4 of the most awesome movie trailers in the history of film to show before the screening: Mortal Kombat, Super Mario Bros, Street Fighter, and The Wizard. Yes, the latter starring Jenny Lewis, but I was freaking out more at the fact that most of those movies I had seen in theatres during the mid-90s which caused me to have the most ultimate 90s nostalgia orgasm since I saw a picture of this the other day: 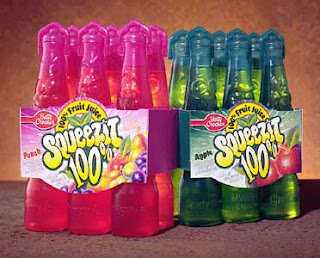 Plus, Dennis Hopper in blonde conrows is awesome, and you know, JENNY LEWIS AND FRED SAVAGE. 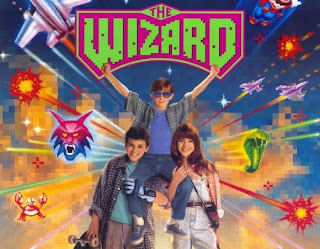 My friends and I had a pretty good spot a row directly behind the reserved seats, however Edgar Wright is so nice and selfless he wanted fans waiting for stand-by tickets (it was SOLD OUT!) to sit there instead. But. No one ended up sitting in front of us. So...

I don't really have much else to say here except it was really nice seeing the movie again, because the first time I saw it I kept wanting to fall asleep because I was so sleepy and it was so late. Edgar Wright is the most adorable, petite British man on the planet and we was nice enough to sign stuff and take pictures with most people after the show, including my friends and I. We also got a picture with Mark Webber and Satya Bhaba.

Before the show, I made sure to grab a 5-Hour Energy before embarking on this midnight screening + 3:00am Q&A. Lots of geeks who probably LARP for a living as well as the most abundant amount of sausage fest since the Scissor Sisters show last month was in full-force at this screening, but I loved every second of it. The usual questions about discrepancy and nerdy intricacies, as well as advice about breaking into the film industry were proposed by fans during the Q&A, someone asked Michael Cera what was in his backpack (he only pulled out a red ski mask and put it on), and even though Edgar Wright and Anna Kendrick are dating, they made sure to stay a mile away from each other as possible. The night was awesome. 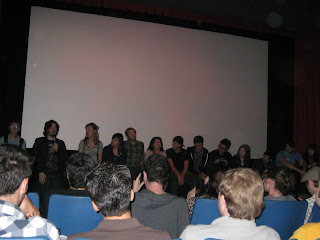 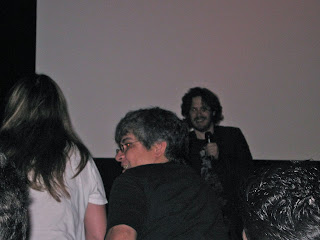 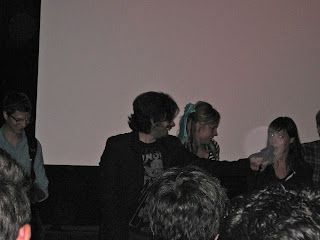 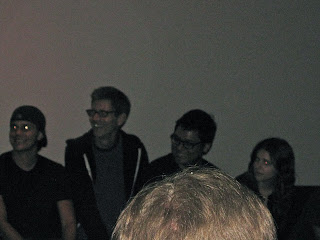 I am too awkward and shy to ask anyone anything during any type of Q&A, but if I wasn't shy, what do you think I should have asked? "WHERE IS JASON SCHWARTZMAN?"? "A+ for working with Jimmy Shaw from Metric on the soundtrack?"? "Are you a big Neko Case fan? Because that shot of her album in the movie..."