October 25, 2010
So recently I have been downloading a lot of mixtapes from DatPiff.com because they are free and I feel screwy about downloading stuff illegally all the time. Here are some facts I wouldn't have noticed without DatPiff.com:
Out of the fan-made mixtapes I've downloaded, a few of them are noteworthy. I will chronicle them in thousand-page-long love letters featuring hand-drawn hearts and calligraphy carefully torn from the perforated edge of a teenage girl's math notebook below.
Cam'ron - Pink Season (Link)
The cover art for this mixtape is terrible so I'm not going put it on here. It's the cover of XXL Magazine (?) with Cam'ron on it and some pink bars down the sides, more pixelated than an SNES cutscreen. However there are a bunch of bangin' songs either by Cam or featuring him. Some of the highlights include a song by Jim Jones called "Gretzky," which is the only hockey-themed rap song I'm aware of, and a song called "Lingo" by Rocko, a rundown of all the hood slang you didn't understand on the rest the mix.
Ciara - The Princess is Back (Link) 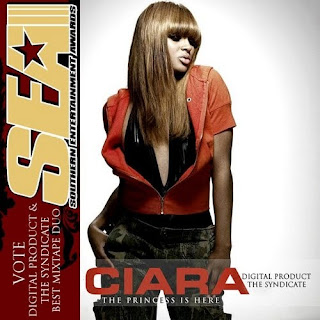 There are a couple of Ciara mixtapes on here that include very similar selections of songs, some of them remixes, some new songs from her forthcoming album Basic Instinct and so on. Just make sure you listen to "Pretty Girl Swag."
If you're feeling adventurous, several official mixtapes are also worth checking out. Cam'ron's double disc Public Enemy #1 is near-top tier, but probably more Cam'ron than anyone here has bargained for. There is actually a skit on this album that's funny, a rarity.
Additionally, though this probably already the highest-downloaded tape on the site, Wiz Khalifa's Kush & Orange Juice is worth a listen. There are some tracks on here that are flagrantly detrimental to the album, but if all else fails, make sure to listen to the track "Never Been" before deleting it. It's built on a beat from Chrono Trigger, and it's stunning.
You may need to sign up for an account on DatPiff.com to download these tapes.