I GO BACK TO DECEMBER ALL THE TIME: a review 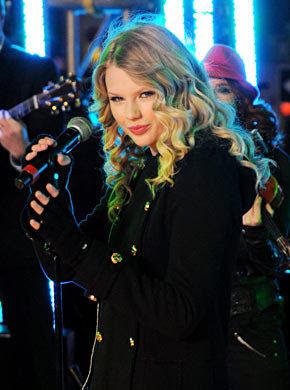 Standing in front of you saying I'm sorry for that night,
And I go back to December....
ALL THE TIME

Once in a life you buy a CD...and it turns out to be kismet. Or you simply buy a CD, which no one ever does anymore, and that in itself is a big deal.

So there I stood at Starbucks, somewhat out-of-step on my lunch break. barista stares at me.
"Americano?" NOD. "Tall?" NOD. (I am a regular, stfu) "Anything else?"

I see Taylor and her poofy purple dress staring at me from the counter. it's tempting. Taylor, courtesy of Cara and Alice way back when, has grown on me. My mom is also a fan. I grab the CD.

"This too." The barista continues to stare me down as if she is judging me. So woooot. I could have bought that stinky Katy Perry album instead! BITCH, I AM THE REASON YOU HAVE WORK. WORSHIP ME.

The last CD I bought was Charlotte Gainsbourg's IRM in February. I have actually bought all of her albums. this is because a small part of me still entertains the idea she is going to leave her husband for me and we will live in the countryside of France and raise alpacas together. Taylor is a far, far cry from Charlotte, though. And besides, as pretty as she is, the idea of finding Taylor attractive to me is still kind of gross because I think of her as perpetually 16 or something. anyway!

I have not stopped listening to SPEAK NOW since purchasing. Sincerely- I say this to you without any malignant hint of irony or sarcasm- this is one of the best albums of 2010 (for realz you guyz). this girl is fucking talented. she is 20 and she is ... well, at some point, she is going to be a legend, in her own right. I have to acknowledge it. Taylor is destined for great, great things (if she's not doing them already!)

"Mine" instantly sucks you in- the sort of happy, joyful, falling-in-love-with-you-and-brushing-my-teeth-at-your-apartment deal. she's growing up, you know. "mature" is the buzz word with this album. but the whole album seems to have taken the energy that made "You Belong With Me" a hit and amplified. Swift seems to have realized what she excels at and focused in on that, while experimenting with strings and a more pop-oriented sound.

"Mine" was apparently inspired by the straight guy on Glee. I do not know his name! but he seems like he would inspire that sort of song. another great thing about Taylor is trying to pick out the boyzzzz she is singing about. MISS SWIFT, FOR BEING SO DAMN YOUNG, HAS A LOT OF BOYS.

here's a key:
"Mine"- Glee dude
"Back To December"- Taylor Lautner-
my god why did you ever leave him, Taylor of Swift? you two looked so right together! you probably made him cry!
"Dear John"- John Mayer. so so so gross. first of all, he looks like an idiot. second of all, he is an idiot. third of all, his music sucks (sorry Rebecca). Taylor just made the same mistake as Jennifer Aniston, Jennifer Love Hewitt, et al. word has it John has retreated to his cave of grossness to write a song in response to this. whatever: the best part of this song is the fact the guitar riff from it seems to mock John Mayer's style. ha! well played, Swift.
"The Story of Us"-Joe Jonas? I don't get it, didn't he break up with her on the phone? "Enchanted"- Patrick Dempsey? rumored new flame Jake Gyllenhaal? a British guy? I don't know. and others:
"Long Live"- her band (so sweet!)
"Better Than Revenge"- Camilla something-slut-or-other
"Innocent"- Kanye West- it's an incredibly good-willed song, which surprised me! I mean I was expecting her to give him a verbal bitch slap + guitar. but nah. she has class, unlike Camilla. however I have to say it's probably a little emasculating for Kanye, who has gone onto say she hasn't deserved her Grammy (she did) and unfollowed a bunch of people on Twitter, which made the news. he has issues.
"Mean"- HATERS

her lyrical quality leaves something to be desired at times, for sure. I noticed a lot of reusings of similar phrases, words, images....bleh. but when Swift is on! she's on. like in the title track, comparing the wedding theme to a "death march"- ha. and also, "Last Kiss?" OH MY GOD. yes, yes. she is sure growing up, that girl. considering Swift wrote all of these songs herself, though- they're all relatively catchy and show some level of depth, which I think is admirable. I mean, she writes better songs than people twenty years older than her.

at times, she channels this Evanescence/Amy Lee/Avril Lavigne quality- especially on the epic!!!! (violins and breathlessness and "don't leave me don't leave me like this!") "Haunted."

is her voice strong enough to reach such notes? yes, remarkably. although that genre is not breaking any ground, she treads effortlessly while she tackles different areas, including straight-out country on the irresistible anthem (yes Rebecca!!!) "Mean."

her slower songs, for me, are never QUITE as good as when she's being upbeat and all (forgive the slight, terrible pun) gleeful. like "Never Grow Up," while having a great and meaningful and etcetcetc message, is just too saccharine for me. nevertheless, it's nice to see Taylor go into a path that is not completely boy-crazy or boy-who-broke-my-heart crazy. my favorite parts of the album? when she does the speak-sing thing, of course! like in "Speak Now"- try not to love that song, by the way!- when she goes "you wish it was me, DON'T YOU" or when she's like, in "Mean"- "you're a liar, and pathetic, and alone in life!" ahhhhh sounds so good, so right to me. so

I'm not going to hide my Taylor Swift pride any longer. sure, she's a bit predictable and not overly interesting, but she's earnest, positive and talented. these things will always keep me coming back, from now on. and she is good enough to play Scandinavia! Oslo, to be exact. Speak Now finds her playful, mournful, celebrating life, growing up, with the listener right besides her. There's something about Swift that explains her appeal to me, which some critics have said is "out of left field." True: I wouldn't have pegged her to become a superstar, surely. But something about her sort of speaks to the most basic of human experience, almost like that collective unconscious we all share, like Karl Jung pointed out. Yes, I just namedropped Jung. I don't know why. But first love and family and coming-of-age and broken hearts are something everyone shares, at some point or another.

Which is why Swift fans can be found in young girls up to old men, believe it. O_o

I personally though still want to know who "Enchanted" about is. SOMEONE HELP ME OUT HERE!

I am glad I started this year listening to Beach House and ending it with Taylor. I think this is symbolic.

p.s. Jake you better not break her heart. or else you can expect the next album to be all about you. "Dear Jake" doesn't sound quite right, though.......

(imagined:
phone ringing
Jake G: hi
Mag G: why are you dating Taylor Swift, she is like 12.
Jake G: *hangs up and stares at his Reese Witherspoon shrine*)

p.s. thanks to Wenli..."Enchanted" is about Owl City dude. O_O