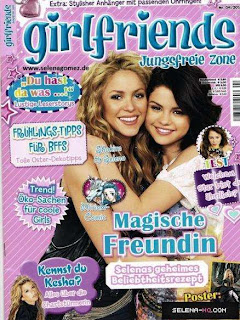 Spotlight / shoutout is back, and taking the golden s/s of fantasismicness is none other than Shakira;

Everyone has a favorite Lebanese Colombian , and for most people it is Shakira.

Spotlight is a column that is geared to showcasing talented actors, and although, Shakira is more known for her music; she has been popping around television from time to time.
This includes; an appearance on Wizards of Waverly Place, which I adore.
But the real reason she receives the s slash s is because of two things;

1. My cousin bought me her MP3 pack;
and
2. This bitch knows how to moisturize. She has been on the scene since like 1991, and she has not aged a day. No lie, this chica picante is pushing 34, and her hips are still shaking strong. Other Latin goofs such as Ricky Martin can no longer shake for shits.

QATFYG: Do you like Shakira? Who is your favorite Lebanese Colombian? Do you like it when pop stars are on the tele? And do you like short latin people?