House M.D. has jumped the shark. 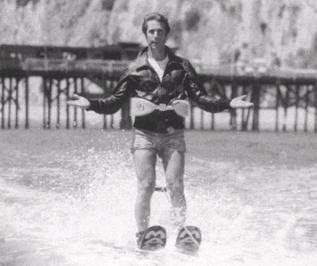 I will state it for the record right now.
Last week's episode was a little off-beat, so I gave it the benefit of the doubt even the plot seemed ridiculous (House in a classroom giving a profanity-laced lecture to grade school students while the teacher intermittently expressed mild outrage, parsed with clips of him being berated by a bossy tween into revealing secrets about his love life.)
This week, it was back to the old tried and true "patient of the week" formula that has worked flawlessly for seven seasons. Can't mess up when you're playing the standards, right? Alas, somehow they have completely forgotten how to do it correctly. There is no drama in the attempt to find the diagnosis. They try to sneak this fact past the viewer with dramatic music and slow motion shots, but it's too little, too late, and it just feels out of place.
The episode plays more like a bad sitcom. We are treated to unconvincing roommate drama between Taub and Foreman, half-hearted revelations made by Chase and Masters, and recycled dialogue. "But there are only about a thousand documented cases!" / "Now there are a thousand and one."
Season 7 is not a wash; the smallpox episode was wonderful. And I don't care about 13 being missing or not missing. Her character is no better or worse than Masters. It's just a bad episode. To the show's credit, it is the first of the series that is completely uncompelling. However, since that's completely within the patient-puzzle mold that the show has done well since the beginning, things are not looking up.
Meanwhile, we have a black & white sitcom-themed ep to look forward to. I'm David Spade. Just shoot me.