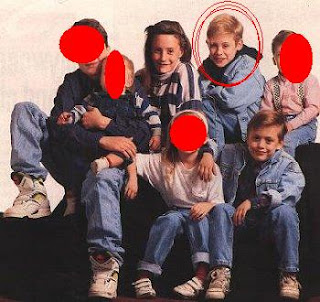 I am unavailable tomorrow, so this has to come on a Tuesday. It is Tuesday, yes?

So the other day, I was given a gift. That gift was a copy of the 1998 film "The Mighty." Yes, it stars the pride and joy of Meadville, PA.........Sharon Stone.
But more importantly, it was a major step forward for Kieran Culkin.

So this is a Culkin-themed s/s.

Kieran Culkin:
He was awesome in "The Mighty," and although, I have not yet seen him in "Igby Goes Down," I really want to. In 2011, he will be in a film with Woody Harrelson called "M." His character will be named Rupert Pupkin. That sounds hilarious.

Rory Culkin:
The only reason he is on here is because he nailed Emma Roberts in "Lymelife."
#Emma-Roberts-Is-a-Prick

Why not brother Mac? :
He quit too soon. He quit too soon.
Although, I confess I really want to see his film "Party Monster."
And as another post on this blog mentioned, what was Mila thinking?

QATFYG: Do you like or dislike the Culkins?
Has anyone seen the Mac in "Party Monster?"
And who wants to spread the hashtag #EmmaRobertsIsAPrick.
Stick that in your trending topics TWITTER.