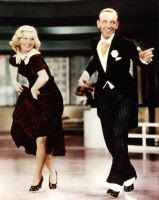 Dancing with the Stars
first thoughts: WHYYYYYY second thoughts: I'M IN SO MUCH PAIN RIGHT NOW third thoughts: "THIS IS THE JIVE; I DIDN'T SEE JIVE."

fun fact about the jive: "the jive" was actually an STD WWII soldiers brought home with them after being stationed in the Pacific. it was slowly spread in the baby boom period following WWII because these men wanted to have sex and these women wanted to be housewives. the dance mimicked the gestures of furiously seeking "relief of the genitals." fact!!!!

anyway, I have to say, Kendra's breakdown was quite real. seriously, I felt that in my body, that for her to be seen not as strictly as a "tomboy" and become a "lady" with "confidence"- that was like, Precious-like moving. this is what I remember of it: "PEOPLE THINK I'M THIS PLAYBOY CONFIDENT GIRL AND I'M JUST I'M JUST NOT HER OH MY GOD PEOPLE I JUST WANT TO BE A LADY."

see who does NOT have this thought: Chaz Bono

the judges were really harsh last night! like they were chopping down on the contestants like it was the French Revolution and everyone was Marie Antoinette. poor Kendra, I feel like she's going to go in the next three weeks. the tanned douchebag is going tonight. MARK MY WORDS. no one got much higher than an 8.

I think that was Ralph Macchio/the Karate Kid/Johnny Cade ("DO IT FOR JOHNNY, MAN.") He's my pick to win. that boy can DANCE. he's like Fred Astaire! so dapper and he just glides! I love him, I really do. plus does he look a day over 30? sigh.

Kirstie Alley is doing a great job, too. like, a commendably great job.
here's my timeline with her:
- 1990s: I loved her! she was sassy and pretty and cool and I, I was impressionable.
- 2000s: eh, she's all right. not doing much though.
- late 2000s: WHAT THE HELL HAPPENED
- 2010: Al and I encounter her on an episode of Ellen that's on in some Swede's living room. I crouch down outside the window to watch Kirstie and Ellen laugh, in gaiety, together. so she's been obnoxious but Fat Actress was underrated (I said it! I said it!) and she's coming across as likable on this! like, just very genuine and good-intentioned. I kind of want her to win, too. fuck you George Lopez YOU DON'T NOW SHIT.

Hines Ward is definitely a contender. so is that boxer. Sugar Ray...? I would think. CAN'T REMEMBER ANYONE ELSE SORRY.

in other news, Anoraak is playing DC on May 4th for five dollars. he tweeted back to me again so I need to get to this show so we can married. Erie got Megabus. I am a happy, happy girl.