Does anyone have a favorite cooking show?

Does anyone out there have a favorite cooking show?

Nowadays, I do not often watch cooking shows, but as I said in a post from a long long time ago, I watched lots of television programs about cakes.

I was also a big fan of a show called “Cooking under Fire” with Chef Ming Tsai.

But if I had to pick one cooking show that really takes the Grease, I would pick “Barbecue University.” Just barely ahead of “BBQ with Bobby Flay.” There was a time in my life when all I cared about was Barbecue, but with “BBQ University” I learned so much. 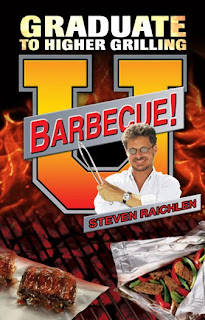 Moreover,
Thanks to this wonderful internet invention, I have discovered this website called Heyfood.org

It sounds like a call from the heart to the God of cuisines and things. I used to have to write to Swedish people and beg them for recipes for peanut chicken, but now, I think this website might be a more positive approach.