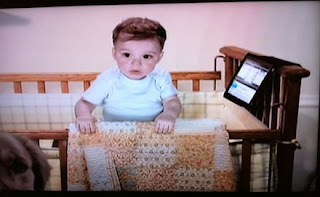 In recent weeks I have been finding the E*TRADE baby increasingly disturbing. Why? Babies are cute, right? Barring that Seinfeld episode, no one has ever caught wind of an ugly one. Sure.

But this child is just so unlikeable. I can imagine him hounding women with cheesy pickup lines at bars, stealing a secret smug shit eating grin every time he makes a piss poor joke or a sexually offensive remark, spilling beer on his sweatshirt in the midst of it. He's the Cliff Clavin of talking babies. I don't even believe him when he's talking about E*TRADE.

On the other hand, 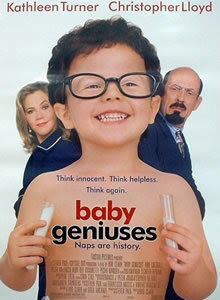 Talking babies can be done well. Oh shit, Christopher Lloyd is in that movie? These babies not only talk, but they are geniuses, as is indicated by the fact that the child is wearing glasses.