Not going to lie.
I was on Youtube, and HOTTEST BOLLYWOOD HOT SCENE!!!! was in my suggested videos.
How could I refuse?

So here is a brief recap of the greatest moment in the history of films related to Mumbai.

This is a romance between a man and a woman, but not simple at all.
The woman reminds me of Carrie-Anne Moss in "Memento" except that I don't want to ignore her.

It starts with a tribute to "Around the World in 80 Days" the Jackie Chan version.
Then, elements of "Don't Say a Word" fall into action, and of course, I suddenly realize that a great pet name for the Indian man would be MORPHEUS. Because he is doing the Indian Carrie-Anne Moss.

The video culminates in that knot of a human bond(age), and life suddenly is too complex for words.
However, the music for this video was most definitely the product of Rimsky-Korsakov's girlfriend.

QATFYG:
Can someone find anything hotter than this from India?
Anything?
Well Ghost Peppers.
I just made a really lame joke. 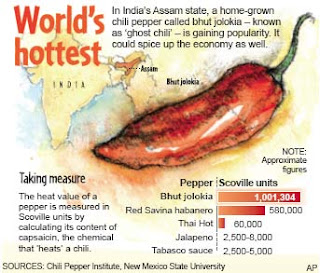