Mini-Mix: Music from the Cote D'Ivoire

Nope, not Ireland. It's the Ivory Coast.

QATFYG:
Can you believe there has been political unrest in the Ivory Coast for years, and it is only now that I dedicate a mini mix to them?

Even if you only took the Coast of the Ivory Coast and turned it into a place mat, it would be very large.


This is a piece of Christian music from the Cote D’Ivoire, and although, I knew so little of the Ivorian styles, this was nothing like how I expected it. It also almost a touch of a real occidental sound, but there is a unique quality that is just hard to place.


I wish I liked this video more,
But it gets rather flamboyant and not in an arousing way at all. There are too many shots in the video of men wearing Golden-Lettered T-Shirts that read SEX!
Dot dot dot, not to mention all the almost bootylicious gyrations. If you want to have gyrations, gyrate like Alicia Sacramone on floor routine.

Lastly, this is a live performance of some Ivorian styles abroad. It is a long bow-string instrument called the Dodo or Mougongo in the nation of Gabon. I was very excited to watch this video because it was something like I had never heard before. The music begins a little too slowly for me, but once the player gets into it, the exotic appeal is rather amazing.
As for the name, the Dodo, I am just quoting the guy on Youtube. Don’t shoot me if that is not true, and even if you think about shooting me, it’s still a sin! 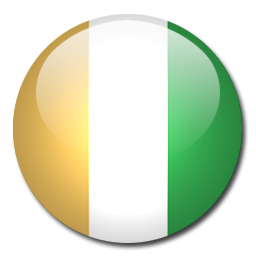