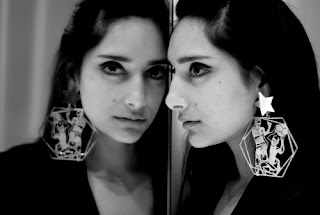 So hello early hours of Wednesday morning.
From reading many of The Useless Critic posts, you can see that NBC sitcoms are favorites.
So for the last few days, I have been catching “Outsourced” nonstop on the internet.

Why?
Because it deals with Indians and people that don’t have Indian names like Rebecca Hazlewood.

It is so nice watching all the names of Indian actors,

For some reason, that might make you want to get Stoned!

But Rebecca Hazlewood gains the s/s for more than just appearing in a late NBC sitcom.
It turns out she is rather keen on the blogosphere herself.

All her information is available on Wordpress, and so visit here. It is not run entirely by her, but it is a more perosnally interactive blog They have some great photos of her posted.
http://rebeccahazlewood.wordpress.com/

And of course thanks to her name,
I get to post another video from "Motherfucking Lee Hazlewood." You know he has been seen and heard on The Useless Critic before. Thank you mostoffensivevideo.com.

QATFYG: Do you watch Outsourced? Are you a fan of Wordpress? and what do you think of Lee Hazlewood Lyrics?