June 13, 2011
Hello again, dear reader. /I saw those pictures on Facebook from when you went to the wedding. You should go to more weddings, you looked really nice.

So, a game came out to a fair amount of hype a couple of weeks ago, and I was pretty unsure about whether I'd get it. Now, the whole reason, and I mean the whole reason, was pretty much because of it not being Grand Theft Auto. It's made by the guys who made GTA, or made in conjunction with the guys who made GTA, or the guys who made GTA looked at the company that did make it now and then, and possibly threw some money at them. To clarify, I'm talking about Team Bondi and Rockstar. Team Bondi made L.A. Noire with Rockstar Games, which I guess is pretty much a nice way of saying Team Bondi did all the work while Rockstar funded it.

I did eventually get it. Eventually being three days after release. And it is so good. So. Good. There have been times when I've been considering strongly whether I'm ill enough to warrant calling in sick to work. It turned out I never was.

LAN plays pretty much like a GTA without the GTA. Pretty much all of the tongue in cheek humour, insanely over the top stupidity, blatant almost affectionate racism and fast cars. But Ryan, I hear you cry into your Nico Bellic plushy, we love those parts of GTA! Why would Rockstar make a game that doesn't have those things? The answer is they didn't. Team Bondi made something with so much more. 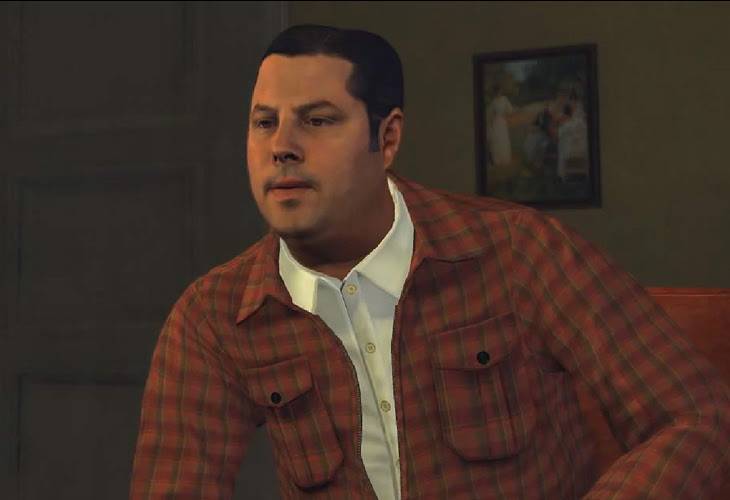 Look at that guy there. Recognise him? He was in Heroes. And obviously, in your lack of knowledge here (why else would you be desperate enough to read my review?) I don't mean recognise his voice, but his face. I'll show you more. 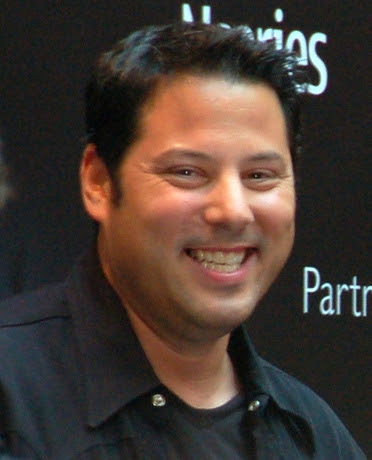 No, that's not a picture of how happy the guy is when he gets away with whatever you come across him for within the game, but that is the guy. Greg Grunberg, I think Wikipedia said. So yeah, using some fancy new facial recognition and animation technology called MotionScan to recreate what the actors face is doing, and put it into the game. This leads to some wonderfully engaging game play, because as an LAPD detective (Did I forget to mention that?) you have to interview folks and decide if they're telling you porkies or not. Of course, as with real life, some people are better liars than others.

The story is pretty good too, from what I've seen. I've not completed it yet, but I'm about 3/4 of the way through, I think. It's been good enough to keep me guessing whodunit, with some great twists along the way, and the game play and variety of the puzzles and chases that pop up keeping me more than entertained.

It does however feel to be missing some special parts that really could have been included. Obviously because of your job within the game you can't really go doing in civilians without severe repercussions but surely when you do commit murder it could start up a little survival mode called "Let's See How Long You Can Be A Nasty Bastard." Mind you, I've not actually killed anyone I wasn't actually allowed to yet. I've tried. God dammit I've tried. I've played some kind of sick and twisted version of hockey using people as pucks and they just seem to be pushed along as if by a gentle yet quick breeze to some how dodge out of the way before they breathe a sigh of relief at their close call. Even Jack Thomson would spend hours trying to see if it can be done. He would then kick up a hissy about it in any way he could, probably.

Along with that, some of the quite amazing graphics are a little, well, graphic. Yeah, you're a homicide detective. Yeah, you deal with dead bodies pretty much all the time. Do they all really need to be stark naked and bloody? It is done as tastefully as it could be done, if I'm brutally honest, there's no sick element to it I think, other than the fact that these women have been murdered and displayed in a sick way. But sometimes it did get a little much. I'm not squeamish by any means, but after 5, I was ready to be moved to the Vice department.

So in conclusion, if you have the time to put into the game, and you don't mind a bit of gore, this is definitely a game well worth getting. It has an engaging story, fun game play, and in a year that has some pretty big releases still to happen, I think come Christmas it'll still be a big seller for the 360 bundle packs. And Skyrim comes out this year.