The Happening: A Zooey Deschanel Review 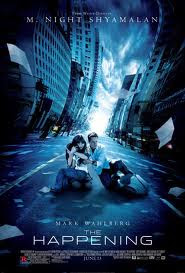 Traveling back in time to review films is always a favorite of mine, but this sort of feels like that show “7 Days” when what’s his name could only travel back seven days. I am barely going back into the past, but time travel is still exciting regardless.

Anyone ever see the film “Minutemen?”

Synopsis/Premise/Info
So “The Happening” is a centered around “Mark Wahlberg,” and Zooey Deschanel gets to serve as his female companion/ person of intercourse (she’s like his HO or something; I forget).
This film came from director M. Night Shameelaaan, coming off of his critically-butchered and Golden Raspberry crowning film “Lady in the Water.”

“The Happening” proved to be different in plot but the same in lousiness, but I hate to burst your bubble when I say it doesn’t have a twist at the end.

In this film you can see Zooey Deschanel in an epic run for her life from plants that are mad at her, while Mark Wahlberg pretends to be smart.
It sounds like I am being really dull and really lame when I say that, but that is the point of the movie.

That is the actual point of a film by M. Night Shameelaan.

Plants suddenly develop the ability to go after Zooey Deschanel, and she has to escape them alongside the brainy Mark Wahlberg. 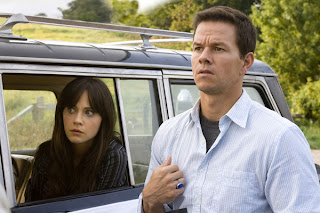 I love Zooey Deschanel, but this film was horrible. If you have read the description above, and you will see that no matter how it was summarized, it sounds like a load of nonsense with a big nonsense flower on top (that fu*king wants to kill you).

M. Night Shameelaan hit a major rut with his films at that point in his career, but in a concluding note….at least Zooey Deschanel looked kind of cute. #ShallowBastard