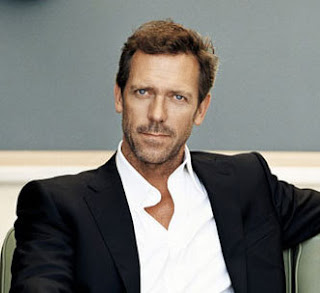 So it rather shocks me, that I have been writing this weekly segment for almost 100 weeks, and I have not mentioned Hugh Laurie in the Spotlight/Shotout Gold-Plated Platinum-Cored Showcase.

Aside from his stunning work in "Stuart Little," he has some wicked piano skills.


He is not too bad speaking French either, even though one person in the Youtube section, did profess that he sounds Canadian.


We all know Hugh Laurie is awesome, and if you think otherwise...well, then I bet you watch shows like "River Monsters" or "Hannity" for your preferred actors.

QATFYG:
Which British actor does the best American accent?
Of course, I pick Hugh.