July 06, 2011
The band Tree Music is a relatively new thing. Discovery. Creation! And they are playing their first show TOMORROW. so if you happen to live in Colorado- and I don't know a lot of people that happen to live there save maybe like two- then by all means! CHECK IT OUT

According to member Brandy Burdick, the actual formalization (is that a word? whatevs) of the band went down in March, so it is a Pisces or maybe an Aries. The first song written was "Trees" which, according to Burdick, "inspired the band name."
The members of Tree Music- Redwoods are awesome, by the way- are as follows:
B. Burdick- vocals
Dan Grant- vocals and guitar and sometimes ukulele
Scott Ten Hoeve- vocals/guitar
3 more members would be added to the band's line-up in time:
Bill Goldstein- ukele, guitar and melodica.
Ajay Anderson- keyboards/synths
Andy Kim- drums

Dan and Scott also act as primary songwriters, although Burdick did write the song "Lazy Raven."


"Some members switch instruments from song to song; our most interesting one is the melodica played on 'Lonely Mountain," Burdick said.


Tree Music seems to not just stick to the nature motif, but ventures off into fantasy with "Franklin the Monster" which "describes a sea monster which originally had no name, and somehow now it's Franklin." (unless you believe sea monsters exist) 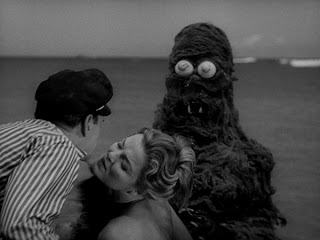 If you are looking to hear the band right now, so far you will have to deal with iphone recordings. But no worries.


"We hope to record for reals right away after our first show in Ajay's basement. Ajay handles most of our sound problems as I am clueless," Burdick said. (clueless but talented!)


So check them out on the INTERNET:


or see them in person this Thursday at the Larimer Lounge, where they will play at 7 p.m. Dwight Forcey will also be there and they shall be opening for Arin Silvers. I'd go but it's a
pretty far drive.


p.s.:  on their Facebook, you can print out a coupon for reduced admission to the show. COUPONS ARE AWESOME BUT SEA MONSTERS ARE TOO AND SO IS THIS BAND